In case you think this is just another NSX? You want may want to check out the recent Bring A Trailer post.

While the NSX always was intended to be a world-class sports car, engineers had made some compromises in order to strike a suitable balance between raw performance and daily driveability. For those NSX customers seeking a no-compromise racing experience, Honda decided in 1992 to produce a version of the NSX specifically modified for superior track performance at the expense of customary creature comforts. Thus, the NSX Type R (or NSX-R) was born. Honda chose to use its moniker of Type R to designate the NSX-R’s race-oriented capabilities.

Honda engineers started with a base NSX coupé and embarked on an aggressive program of weight reduction. Sound deadening, the audio system, spare tyre, air conditioning system and traction control along with some of the electrical equipment were removed. The power leather seats were replaced with lightweight carbon-kevlar racing seats made by Recaro for Honda. However, electric windows and fore/aft electric seat adjusters were retained. The stock forged alloy wheels were replaced with lighter forged aluminium wheels produced by Enkei, which reduced the car’s unsprung weight. The standard leather shift knob was replaced with a sculpted titanium piece. Overall, Honda managed to reduce approximately 120 kg (265 lb) of weight as compared to the standard NSX, resulting in the NSX-R’s final weight of 1,230 kg (2,712 lb).[20][21]

As found by the automotive press such as Car and Driver in their September 1997 issue’s comparison of “Best Handling Car for more than $30K”, the NSX, due to its mid-engine layout and rear-end link travel, was susceptible to a sudden oversteer condition during certain cornering maneuvers. While this condition rarely occurred during normal driving conditions, it was much more prevalent on race tracks where speeds were much higher.[citation needed] To address the problem and improve the NSX-R’s cornering stability at the limit, Honda added one aluminium bracket under the front battery tray and added one bracket in front of the front radiator to add more chassis rigidity replacing the entire suspension system with a more track oriented unit, featuring a stiffer front sway bar, stiffer suspension bushings, stiffer coil springs and stiffer dampers.

The standard NSX has a somewhat rearward bias in its spring and bar rates, where the rear was relatively quite stiff versus the front. This means that the lateral load transfer distribution, or the amount of load that is transferred across the front axle versus the rear while cornering, is rather rear biased. This can make the car quite lively and easy to rotate at low speed, but during high speed cornering, this effect becomes more pronounced and could be a handful to manage. To reduce the tendency to oversteer, Honda fitted softer rear tyres on the NSX. For the NSX-R, Honda reversed the spring bias, placing stiffer springs on the front suspension along with stiffer front sway bar. This shifted the load transfer stiffness balance farther forward, resulting in more rear grip at the expense of front grip; this had the effect of decreasing the oversteer tendency of the car, making it much more stable while cornering at high speeds. Overall, the NSX-R utilises a much stiffer front sway bar along with stiffer springs than the standard NSX (21.0 mm x 2.6 mm front sway bar: front 3.0 kg/mm, rear 4.0 kg/mm for the NSX versus front 8.0 kg/mm, rear 5.7 kg/mm for the NSX-R).

Honda also increased the final drive ratio to a 4.235:1 in place of the 4.06:1, which resulted in faster gear changes. This change improved acceleration, which was 4.9 seconds to 60 mph, at the expense of top speed, which was 168 mph, and a higher locking limited-slip differential was installed. Also, the NSX-R’s 3.0-litre engine had a blueprinted and balanced crankshaft assembly which is exactly the same labour-intensive high precision process done for Honda racing car engines built by highly qualified engine technicians.

Beginning in late November 1992, Honda produced a limited number of 483 NSX-R variants exclusively for the Japanese domestic market (JDM). Factory optional equipment such as air conditioning, Bose stereo system, carbon fibre interior trim on the centre console as well as the doors and larger wheels painted in Championship White (16-inches at the front and 17-inches at the rear) were available for a hefty premium. Production of the NSX-R ended in September 1995.[22] 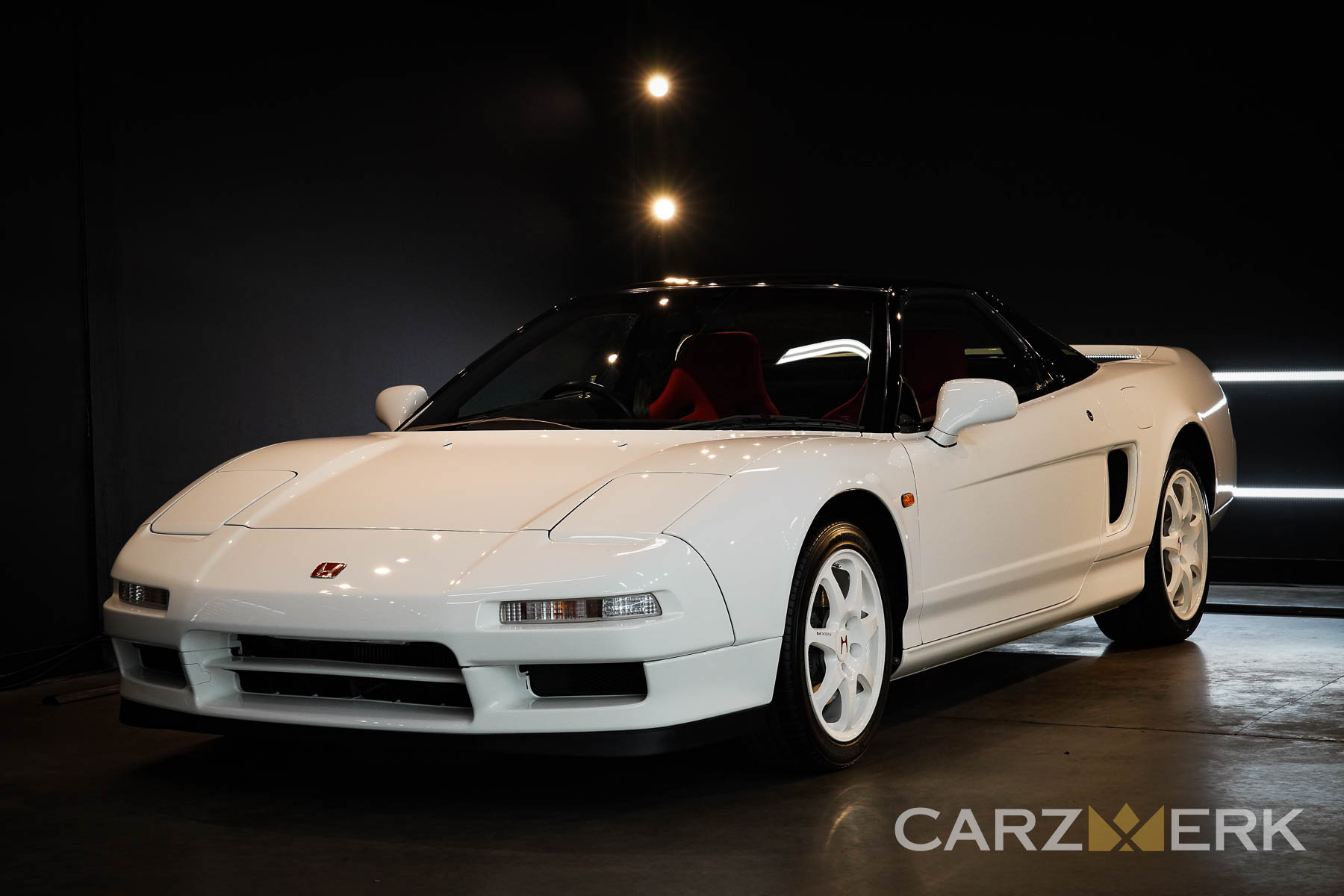 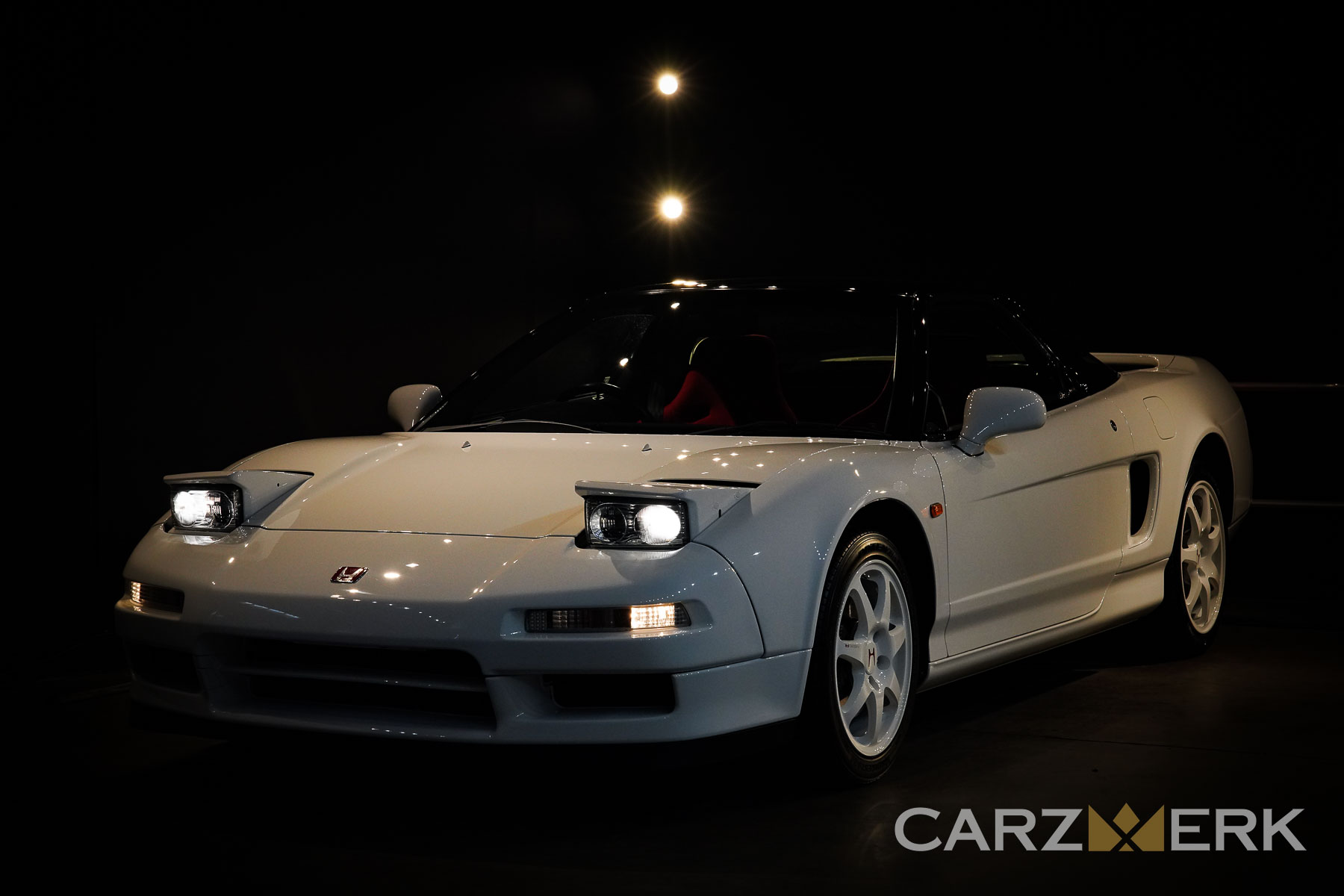 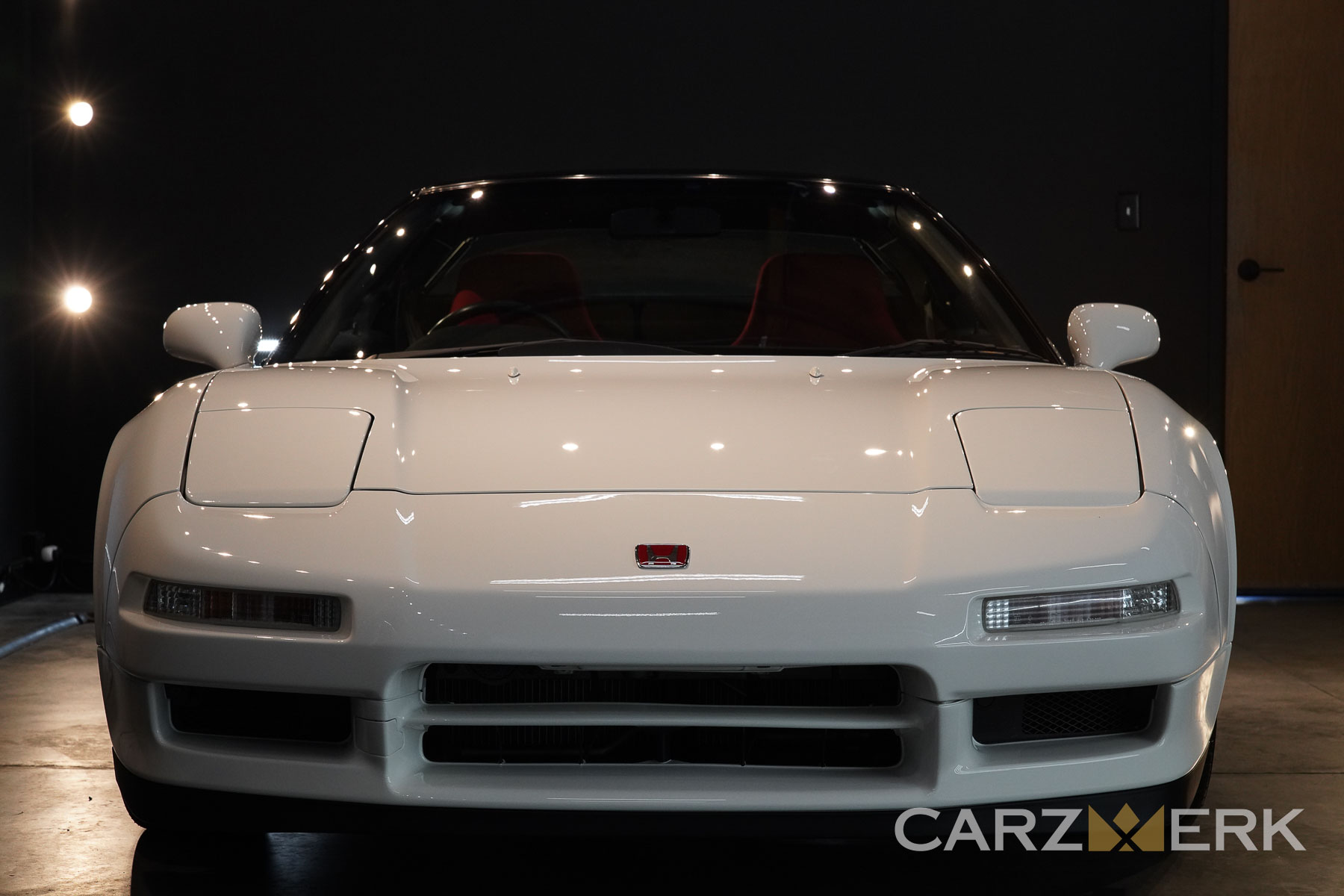 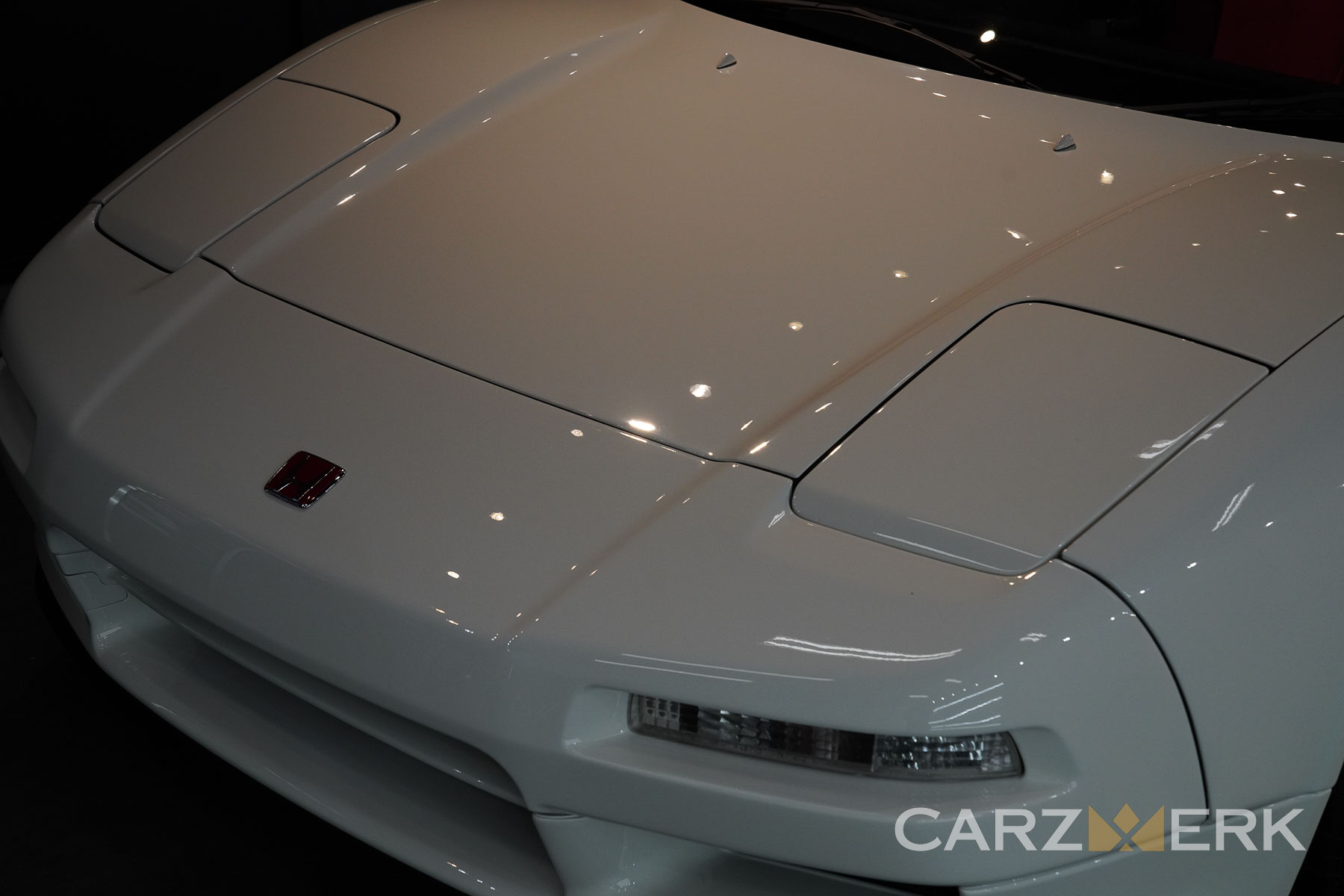 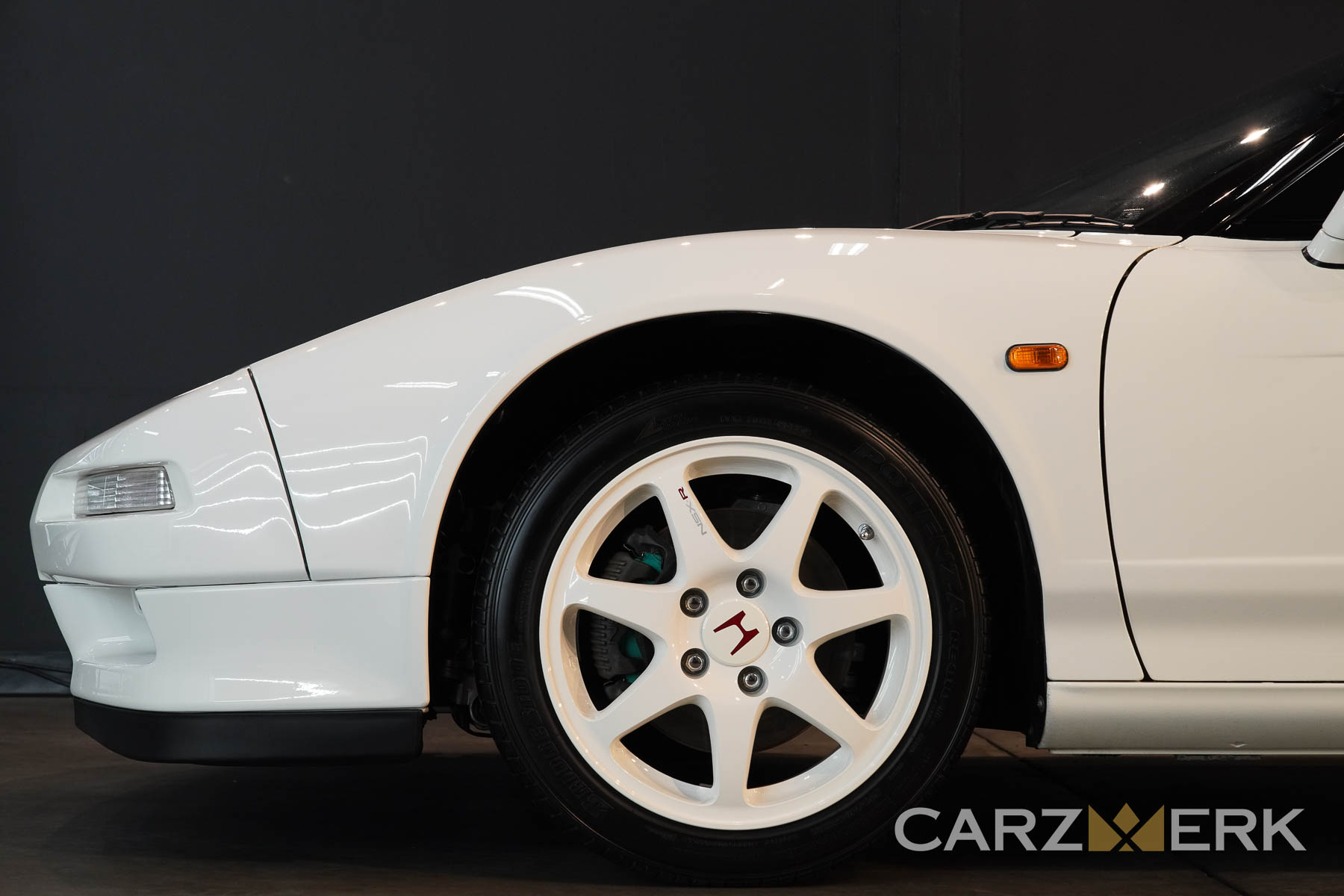 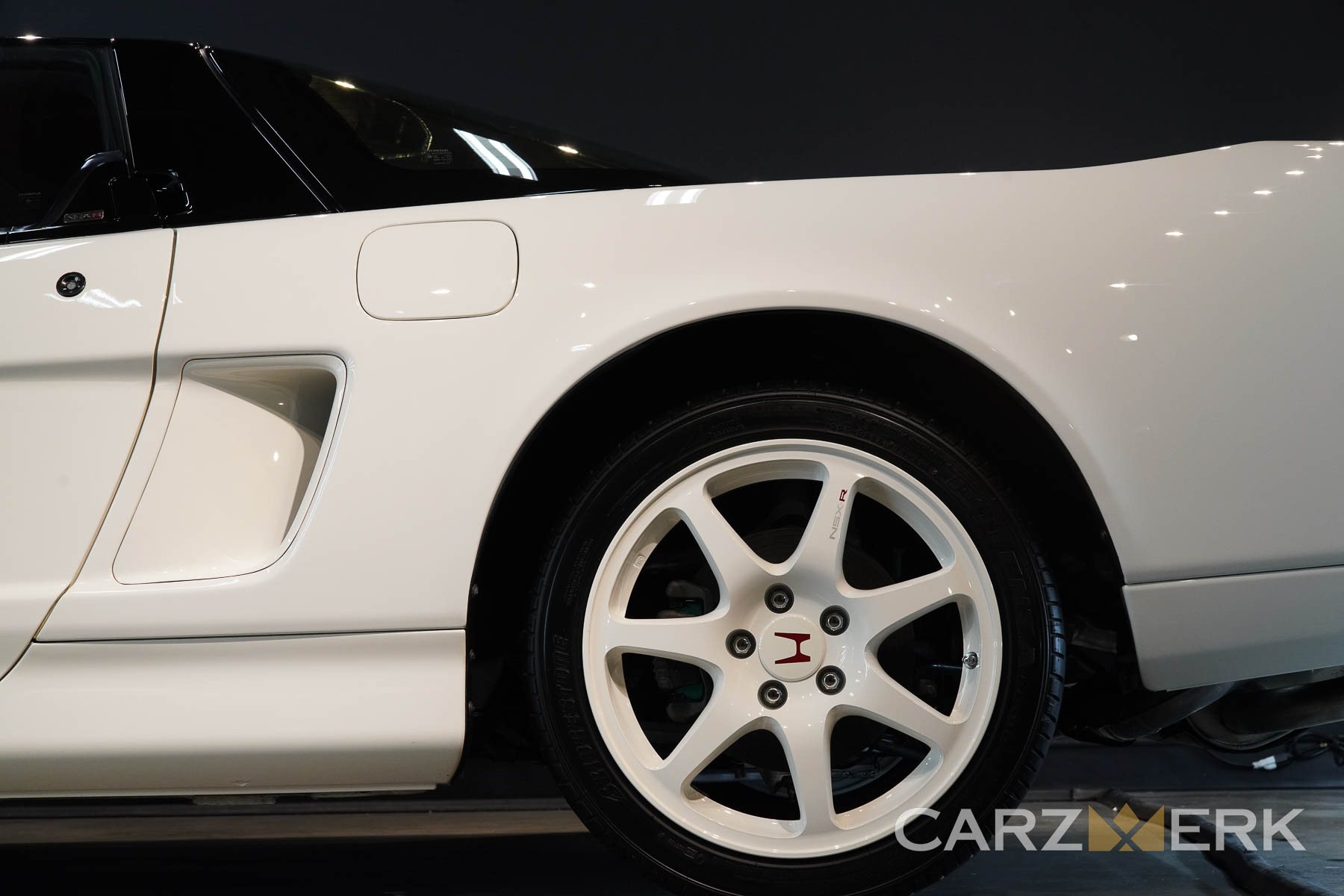 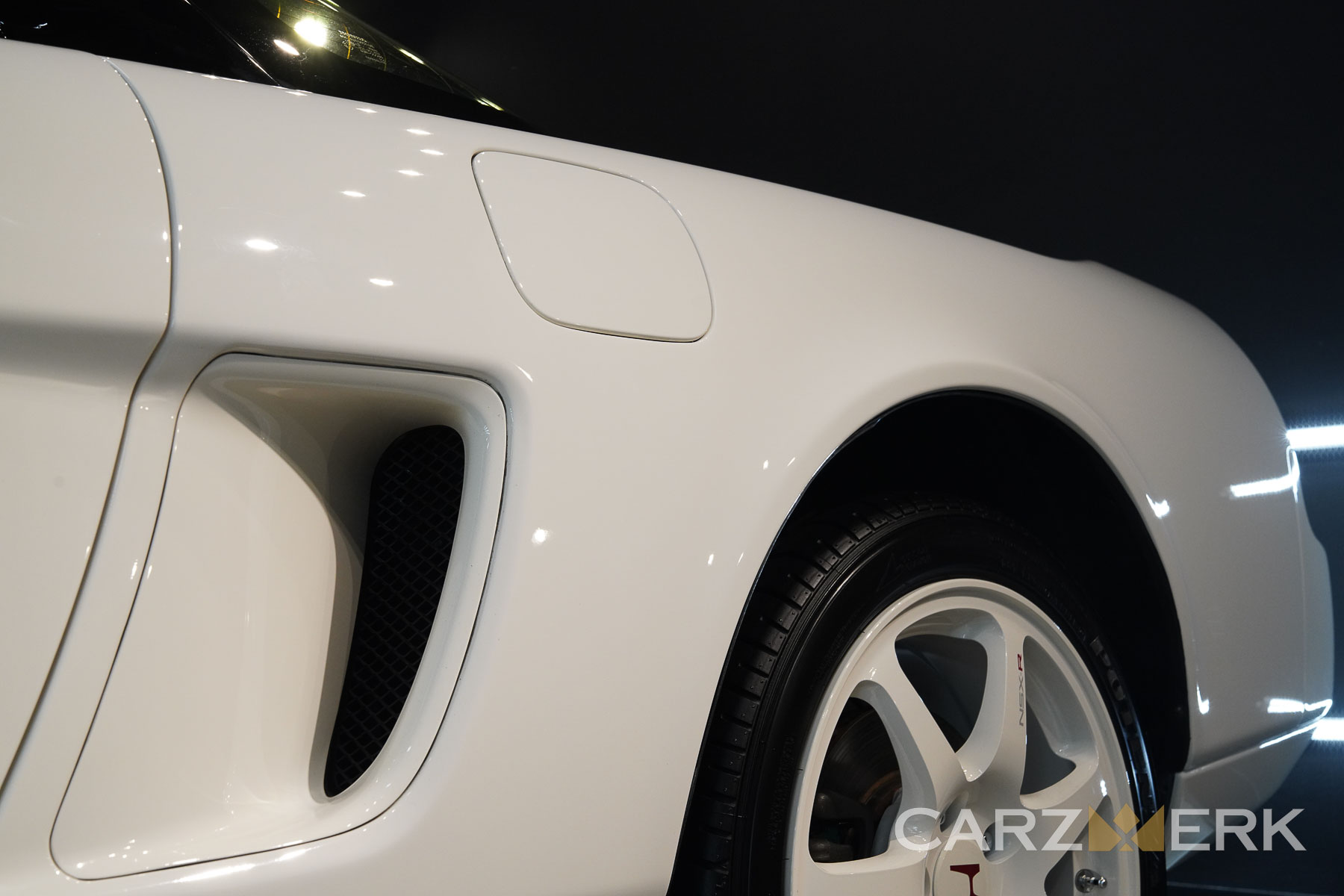 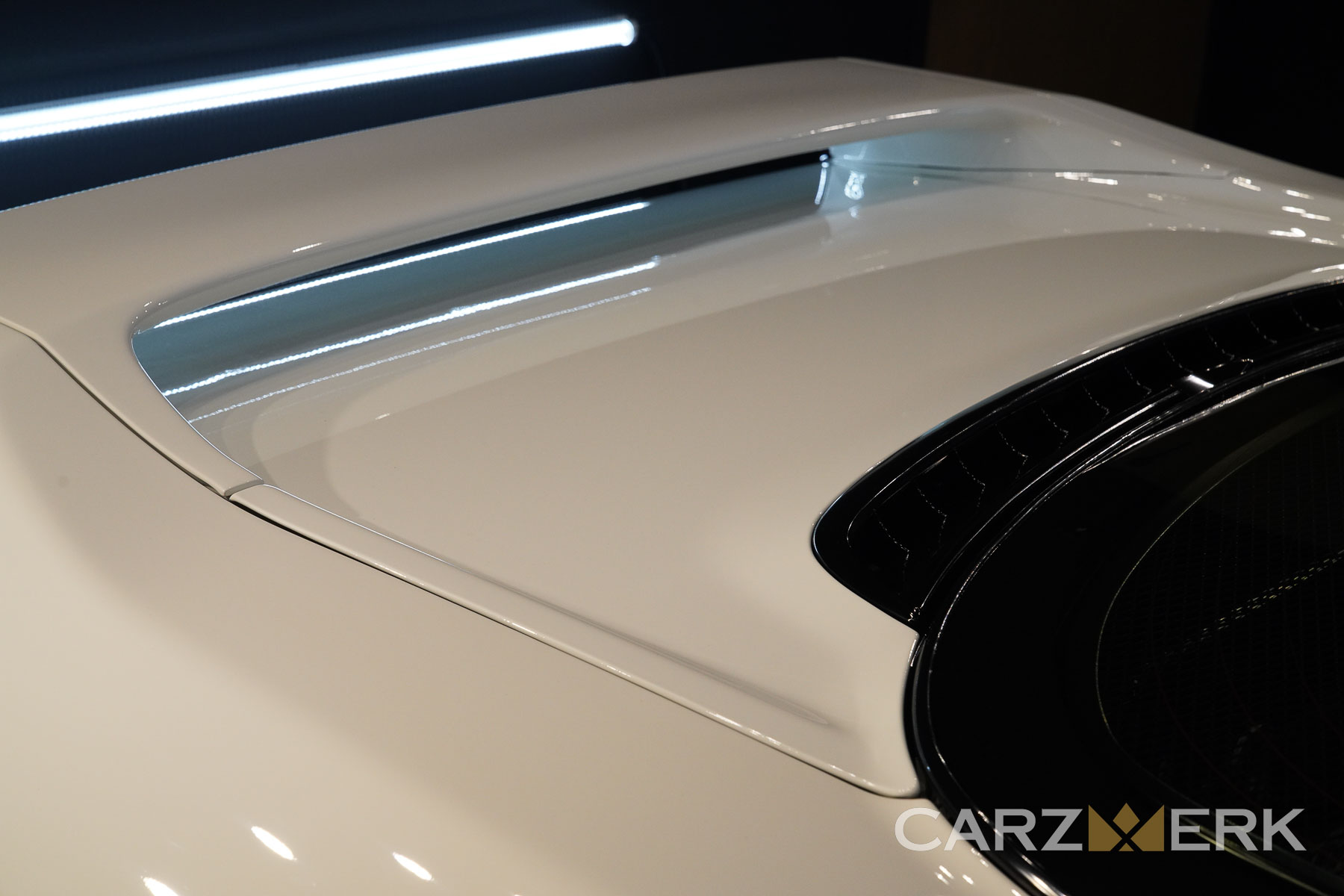 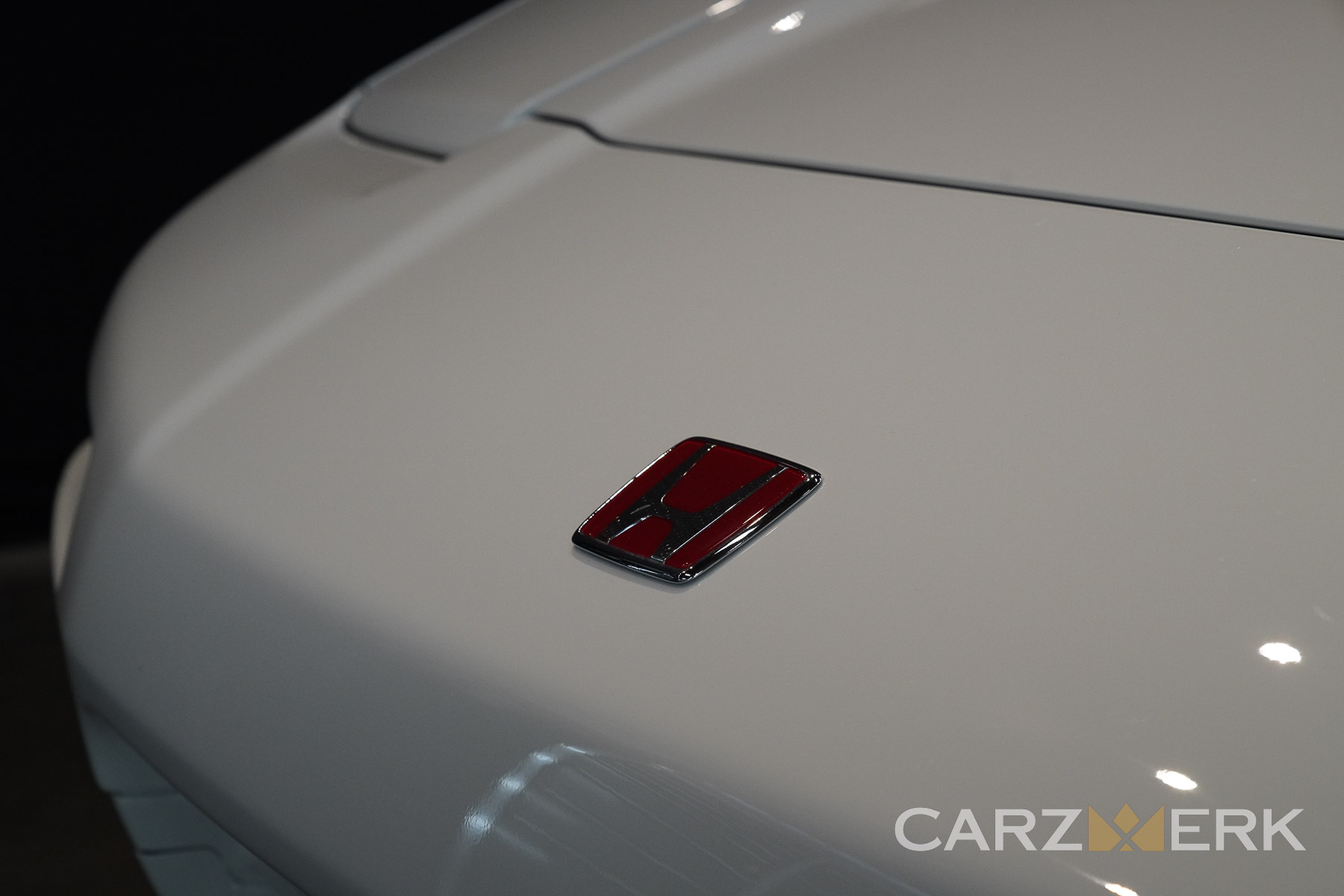 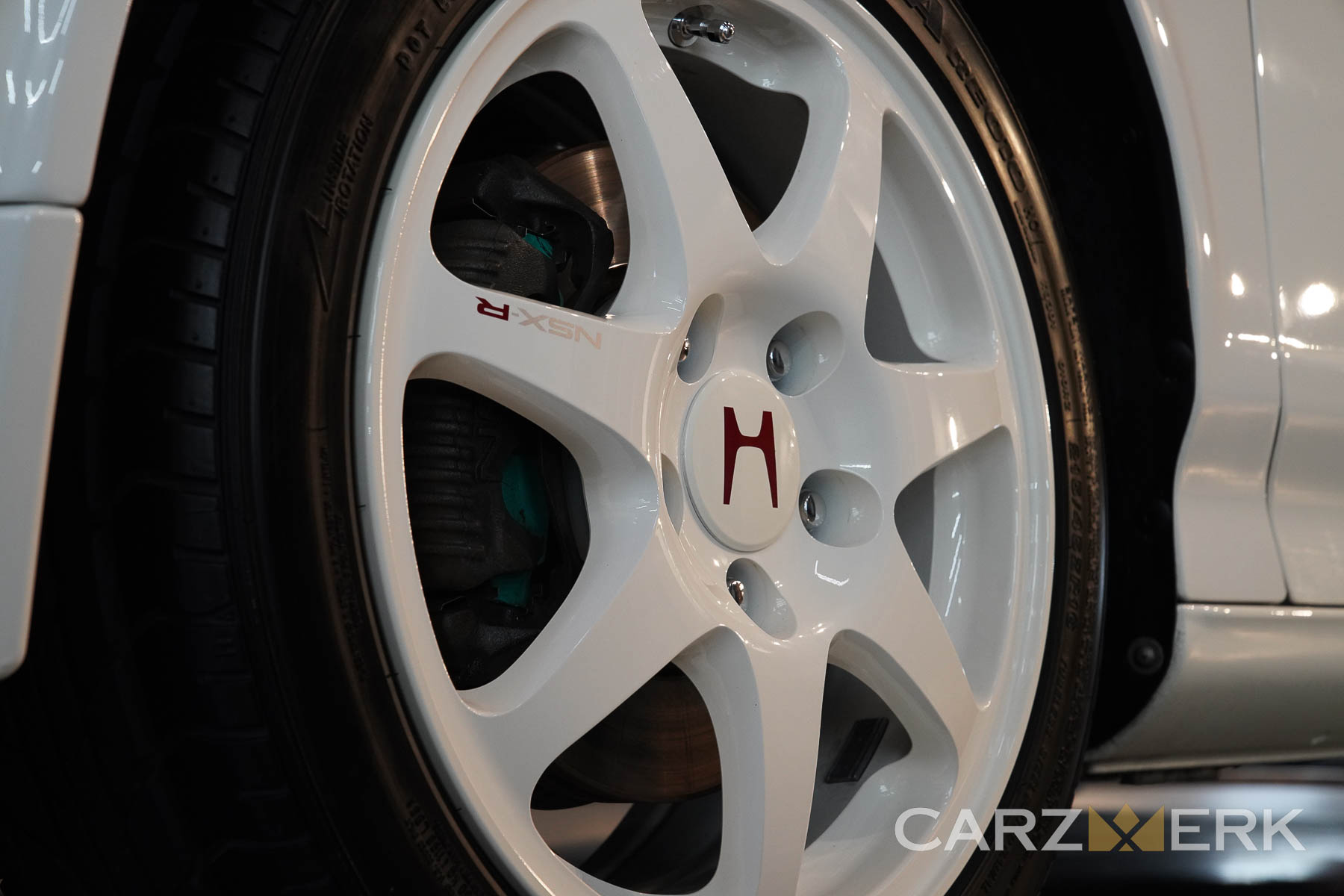 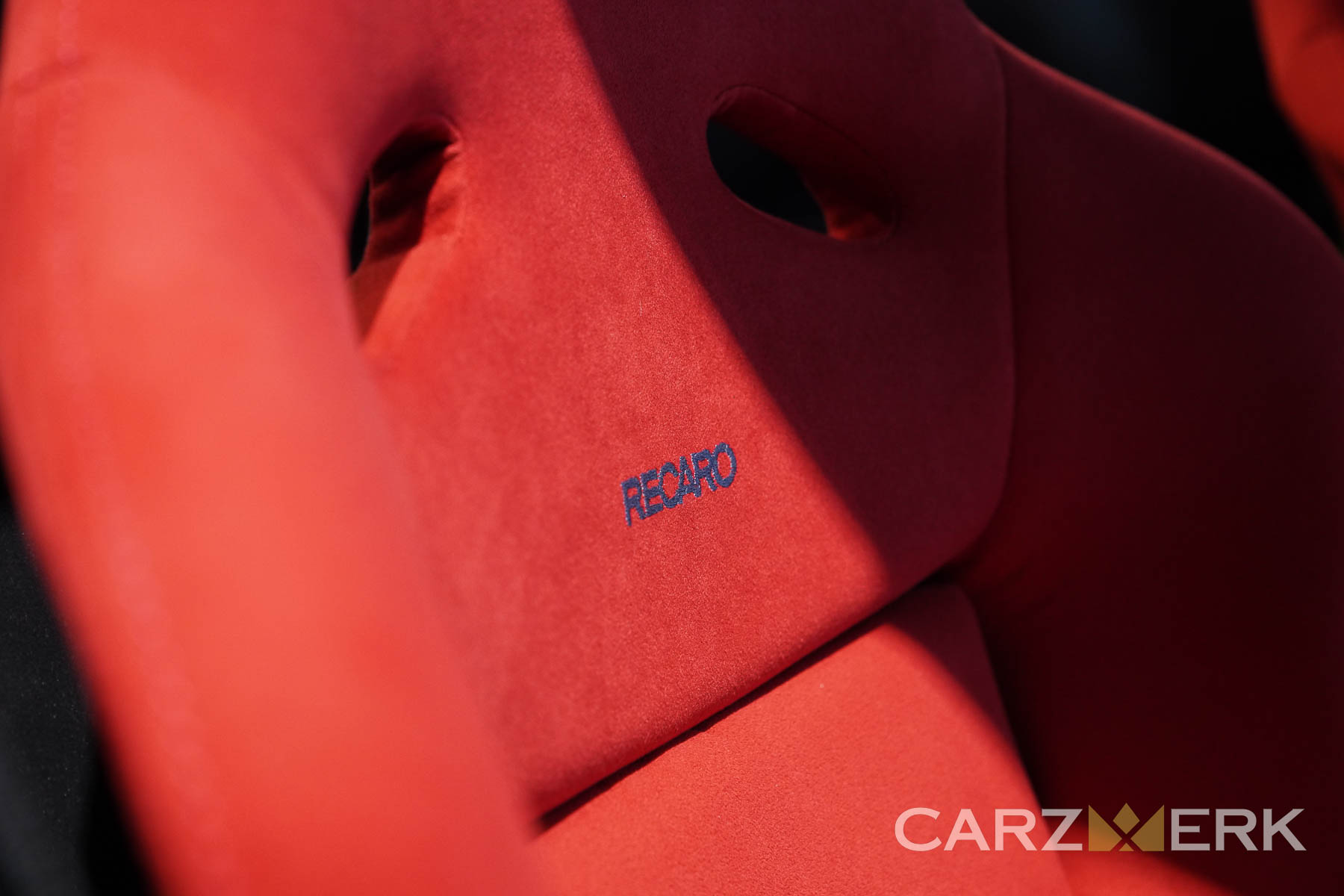 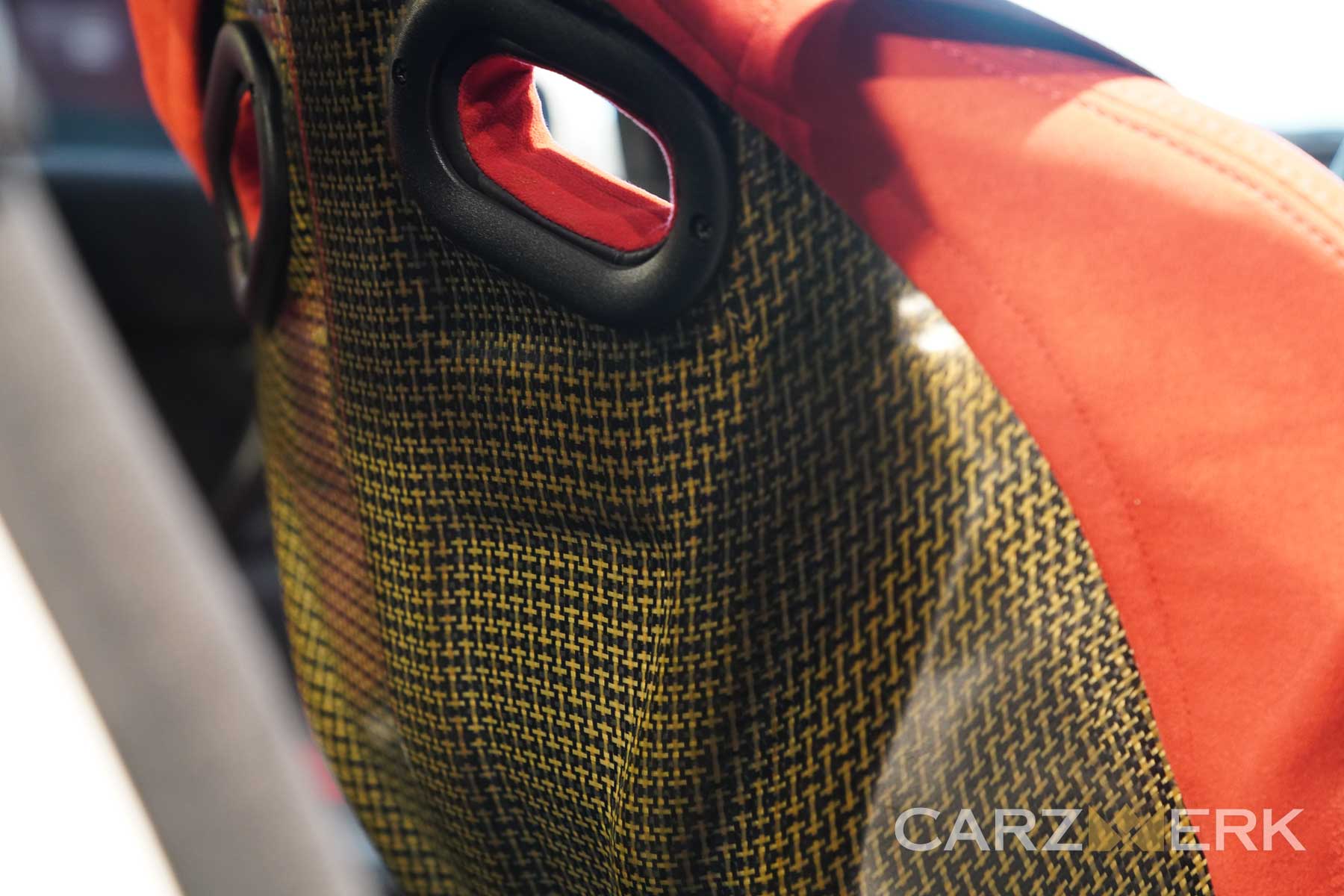 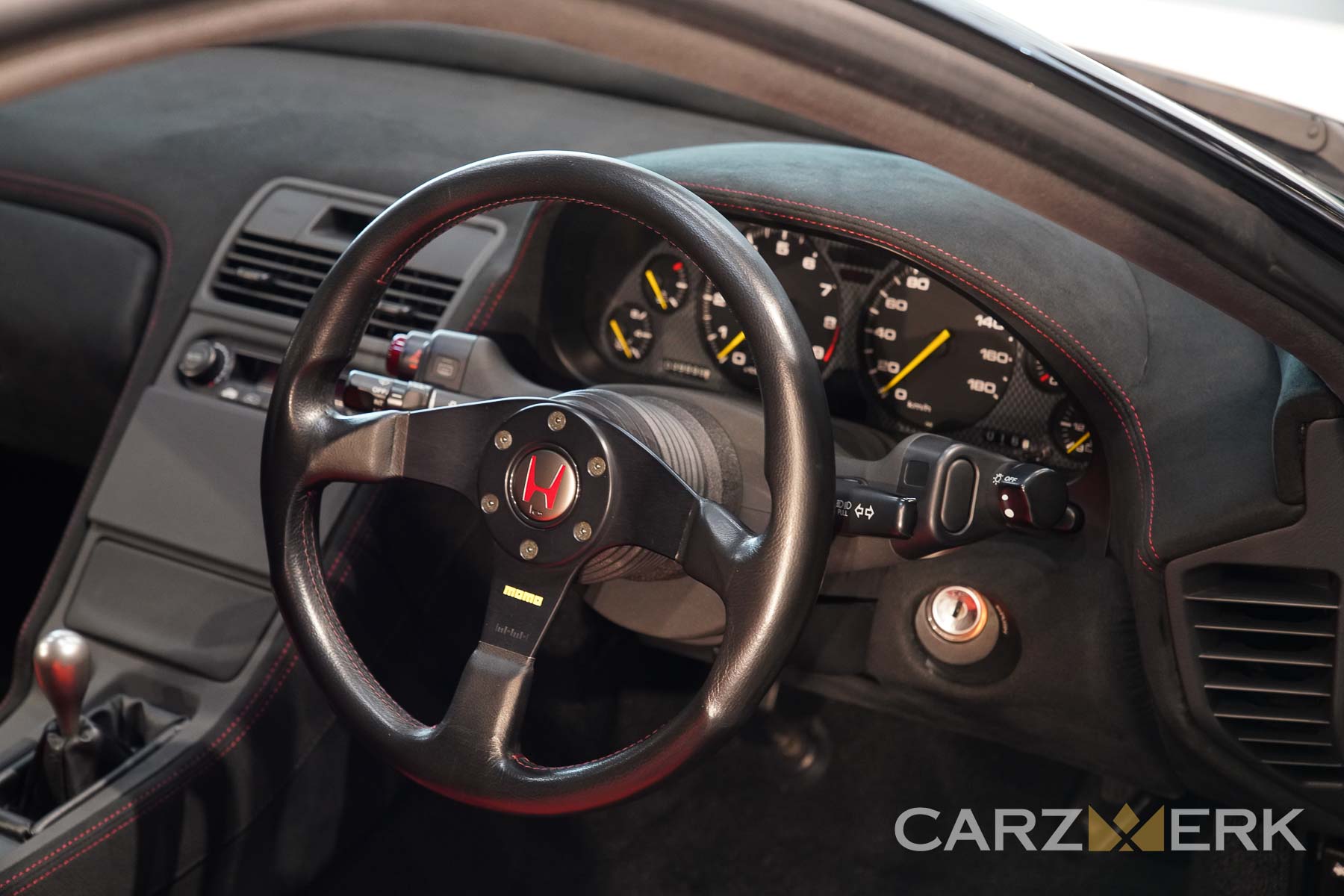 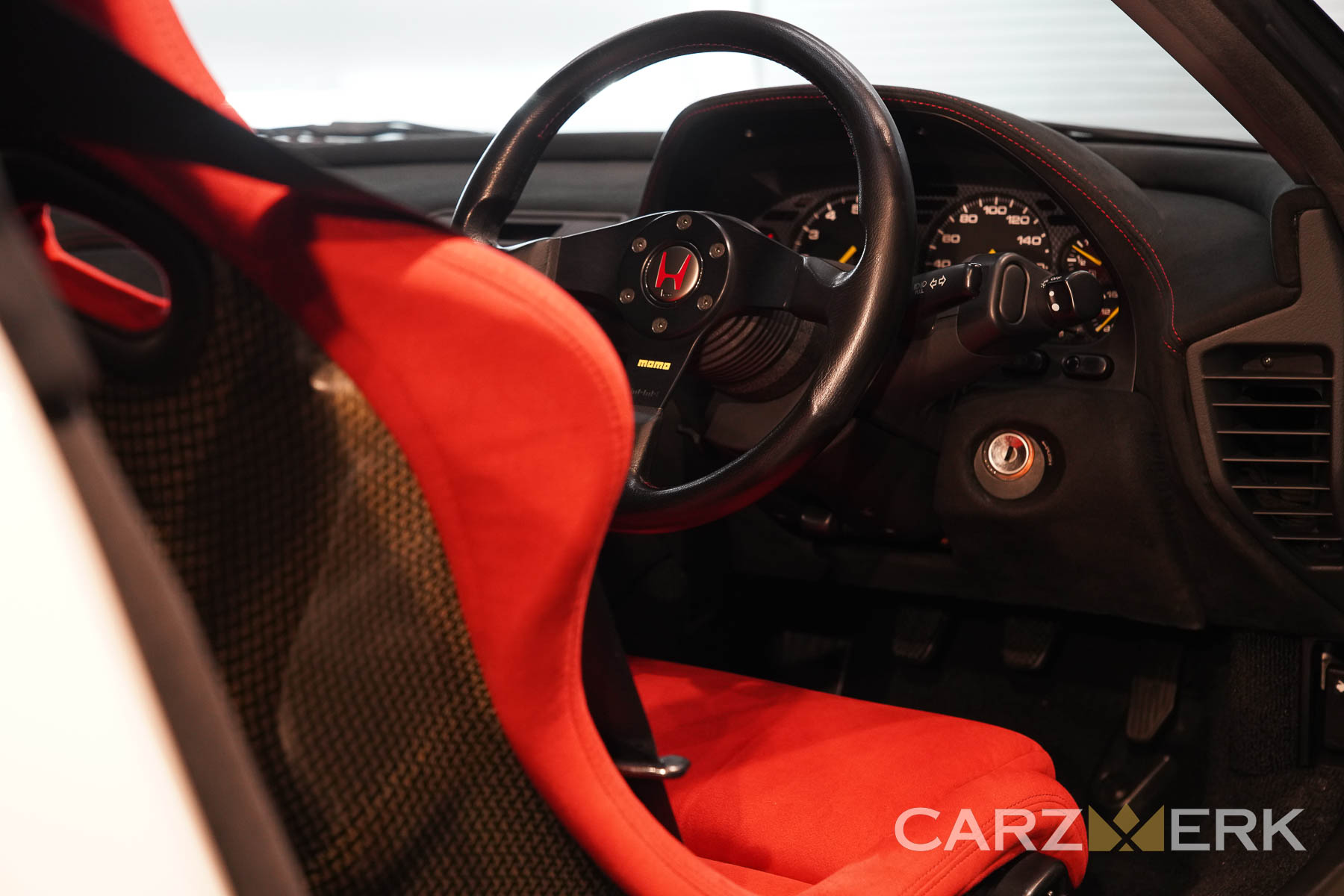 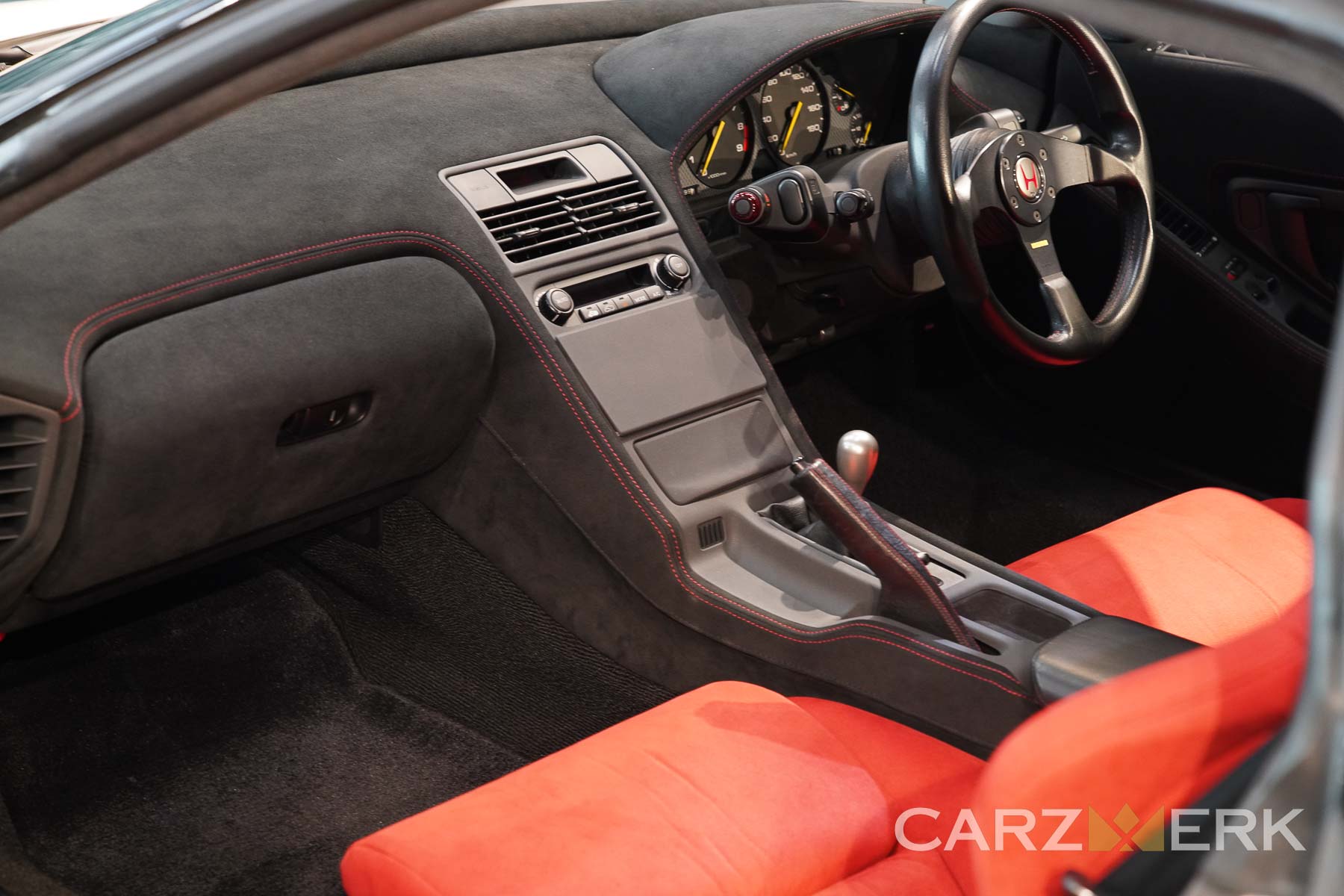 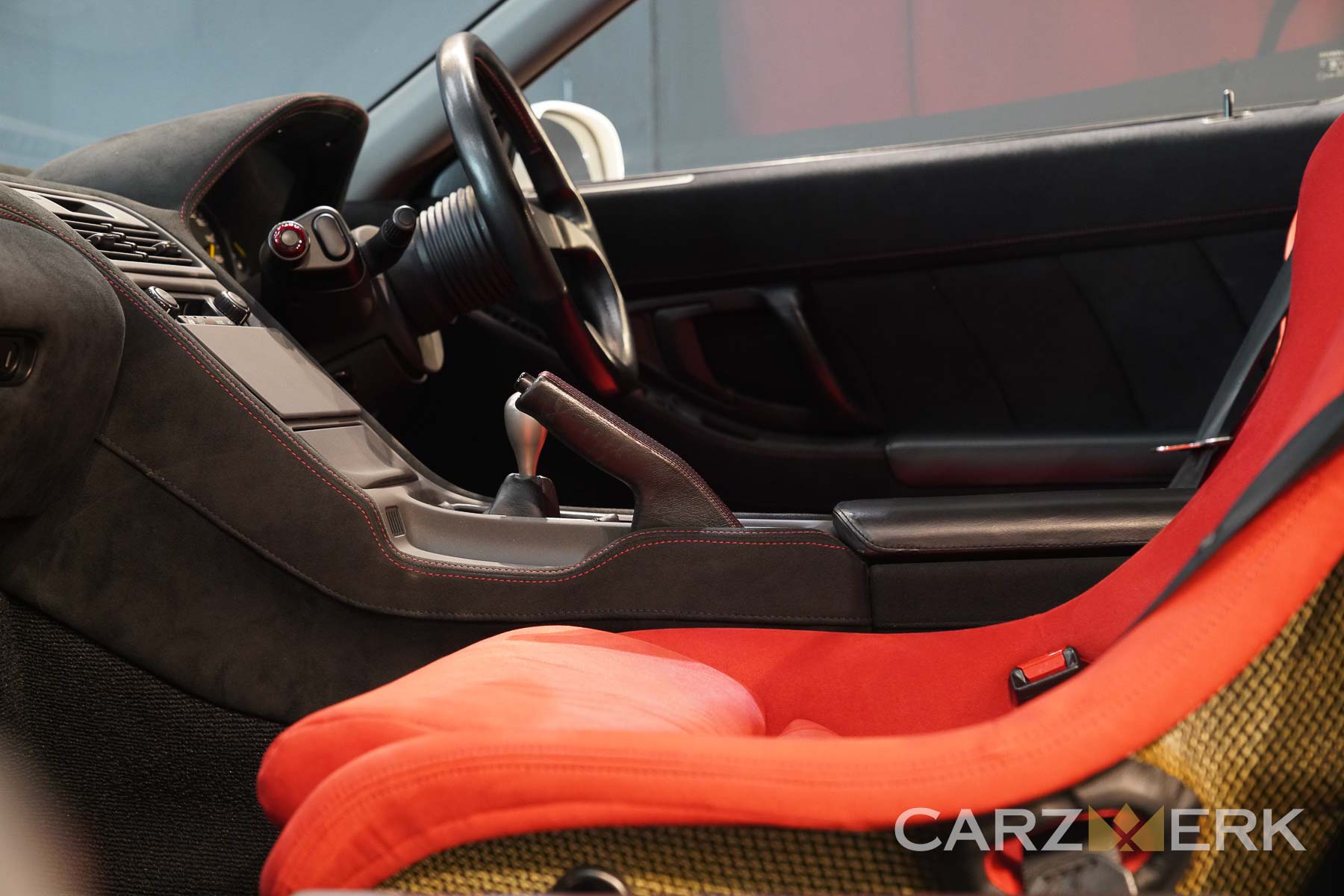 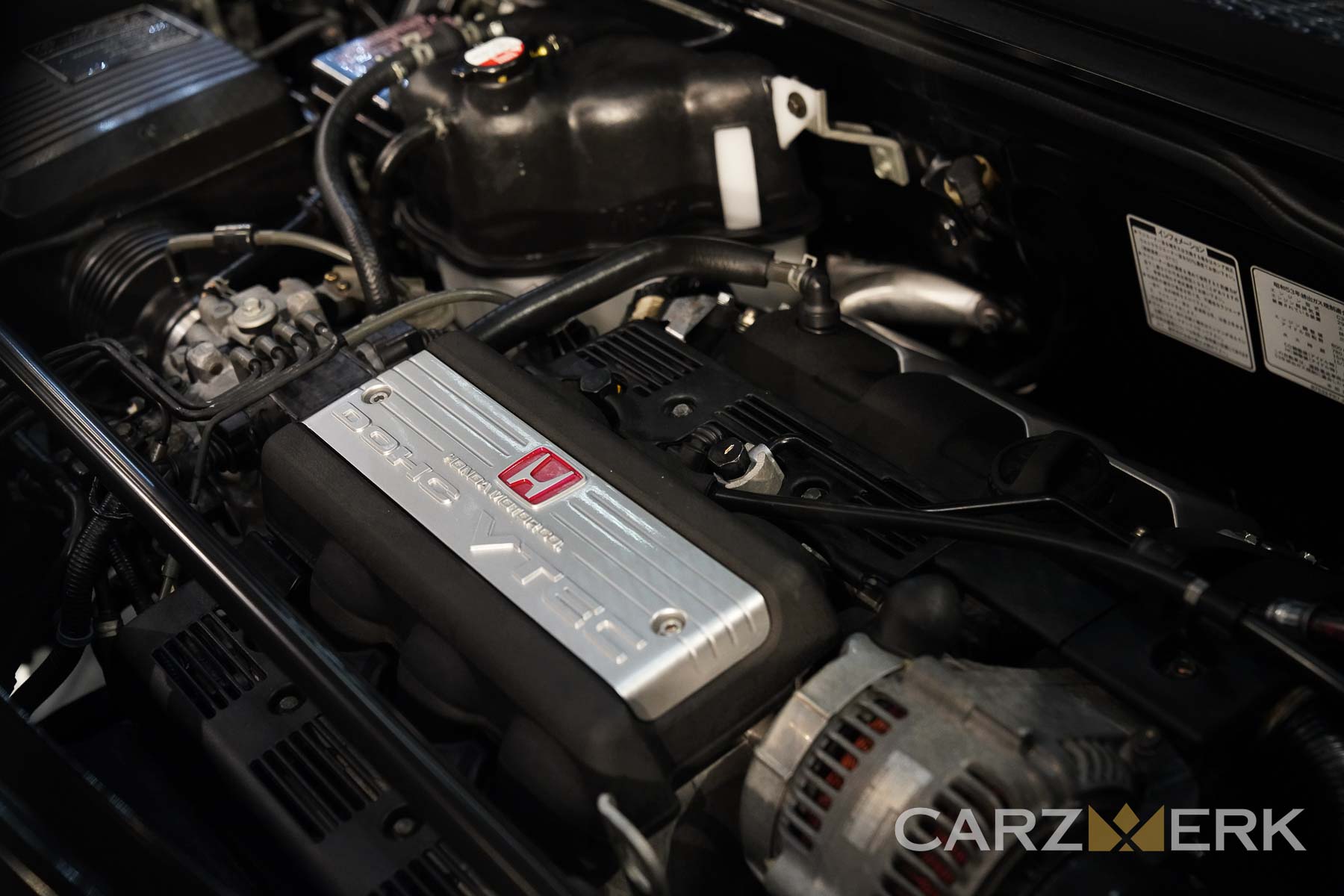 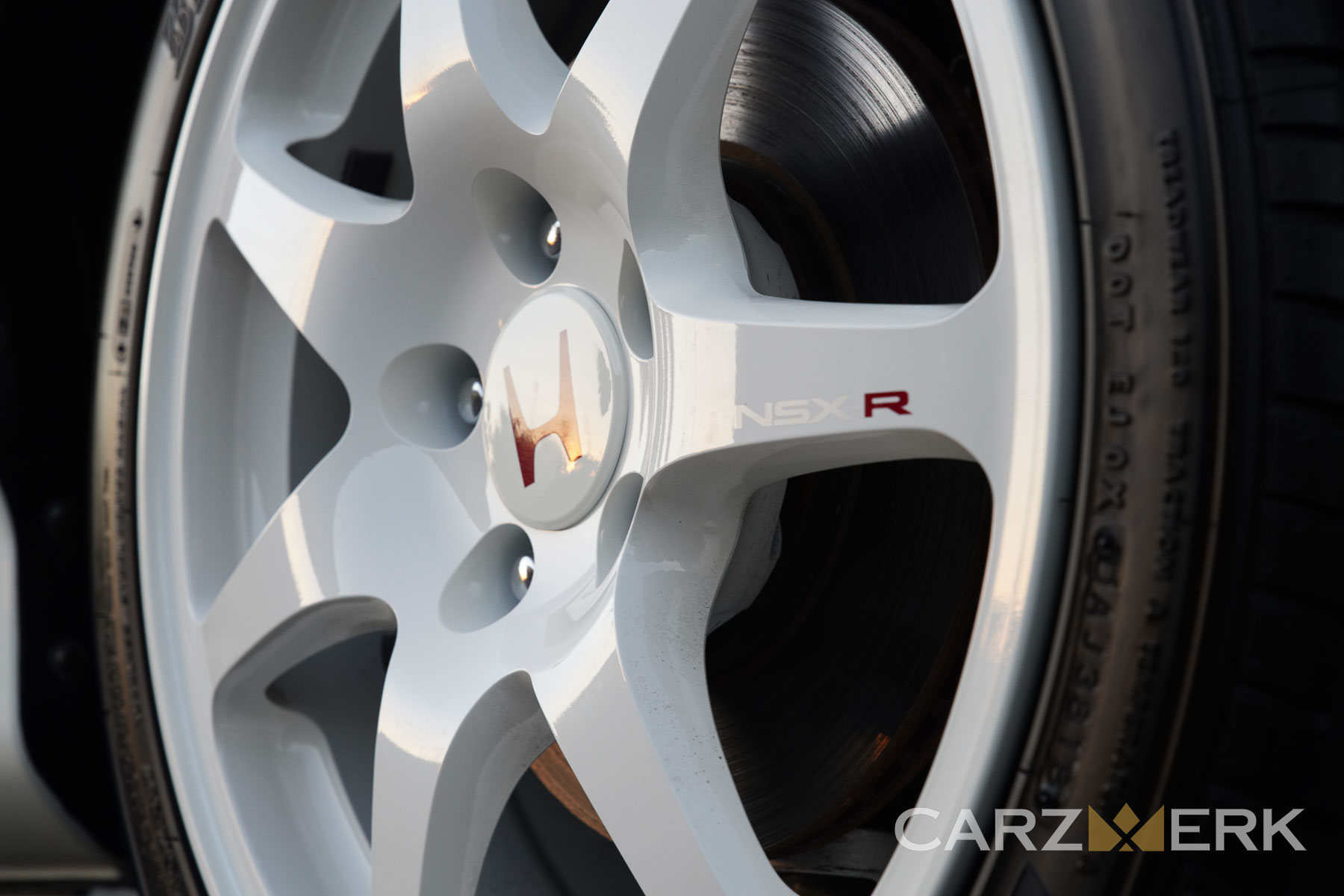 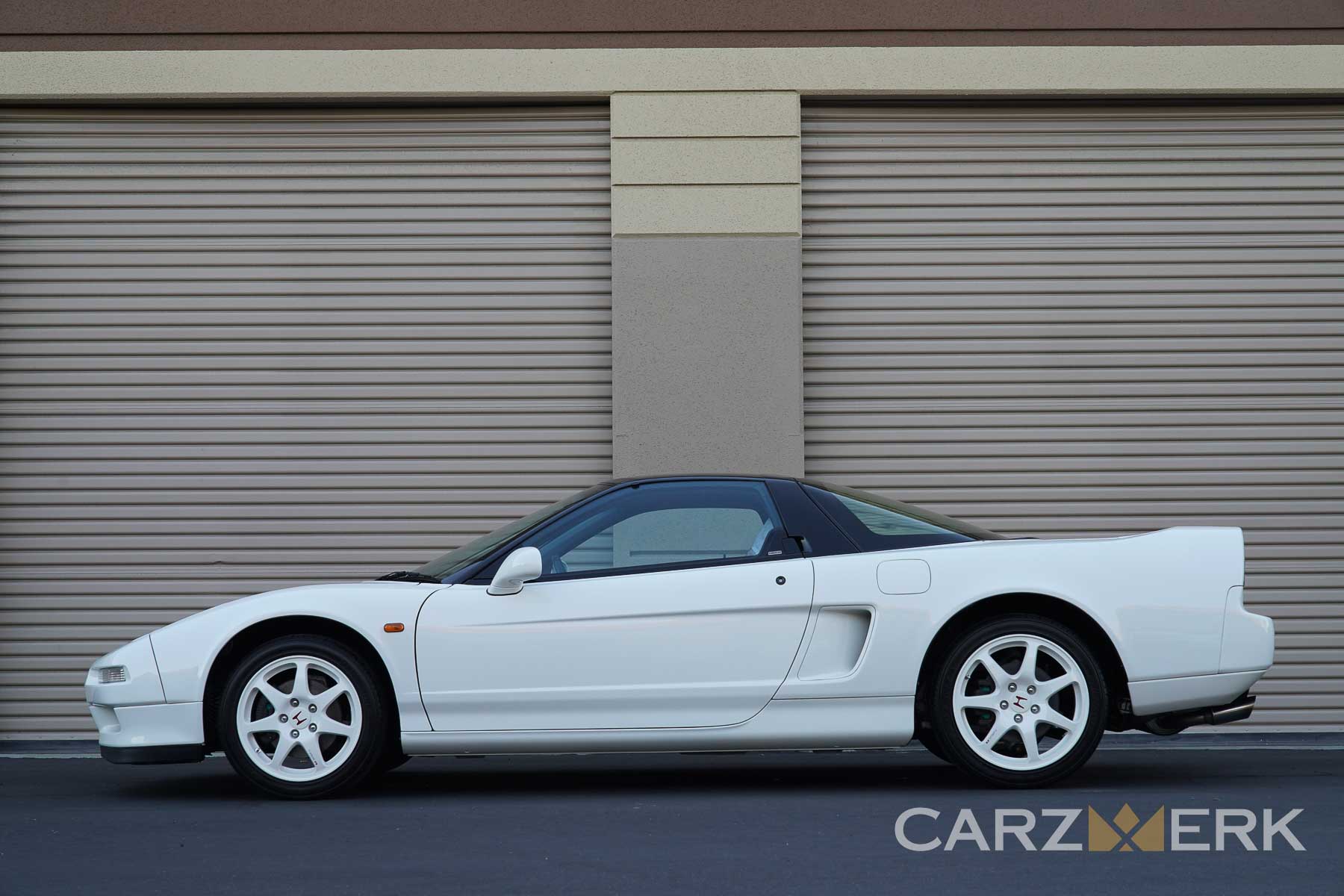 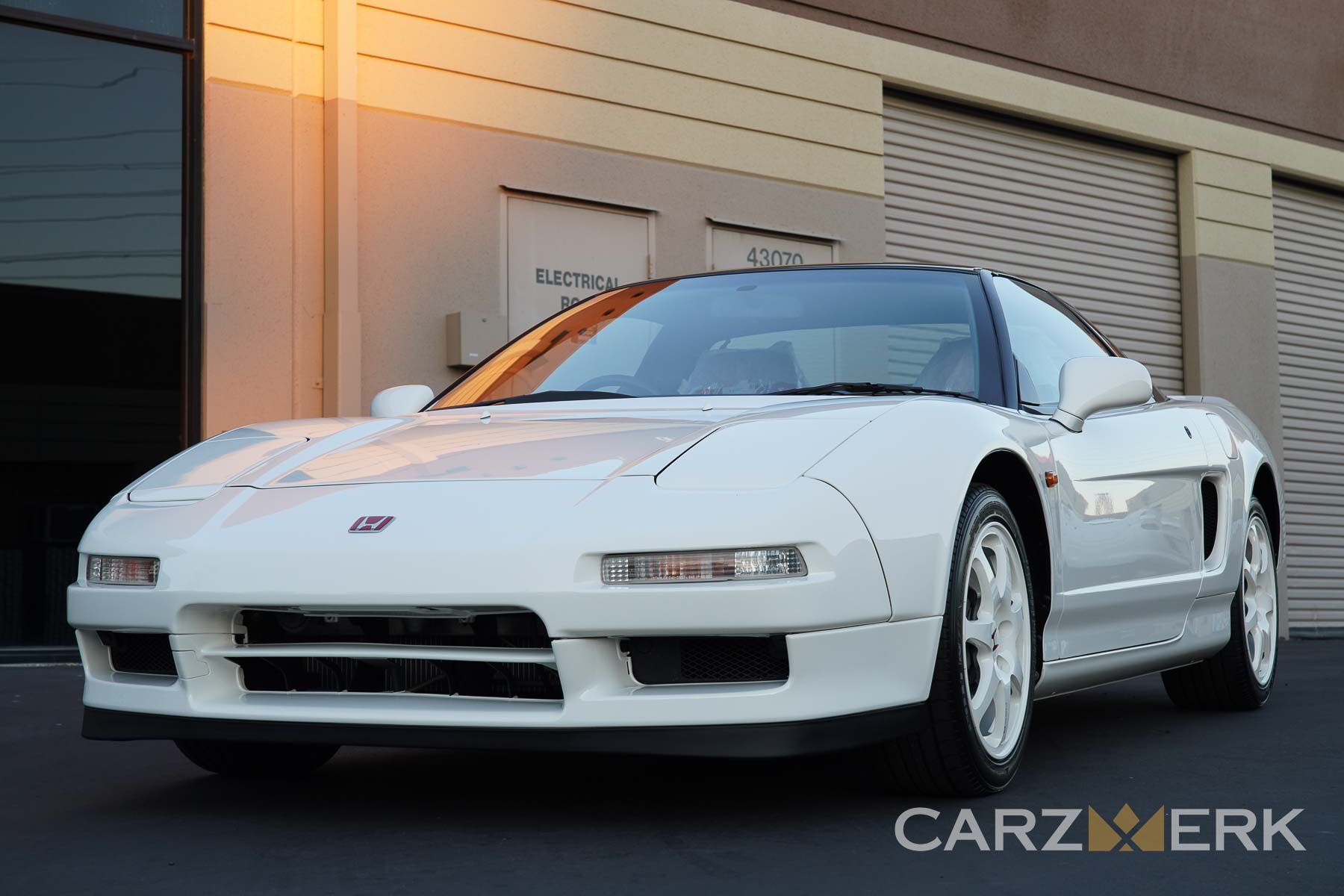 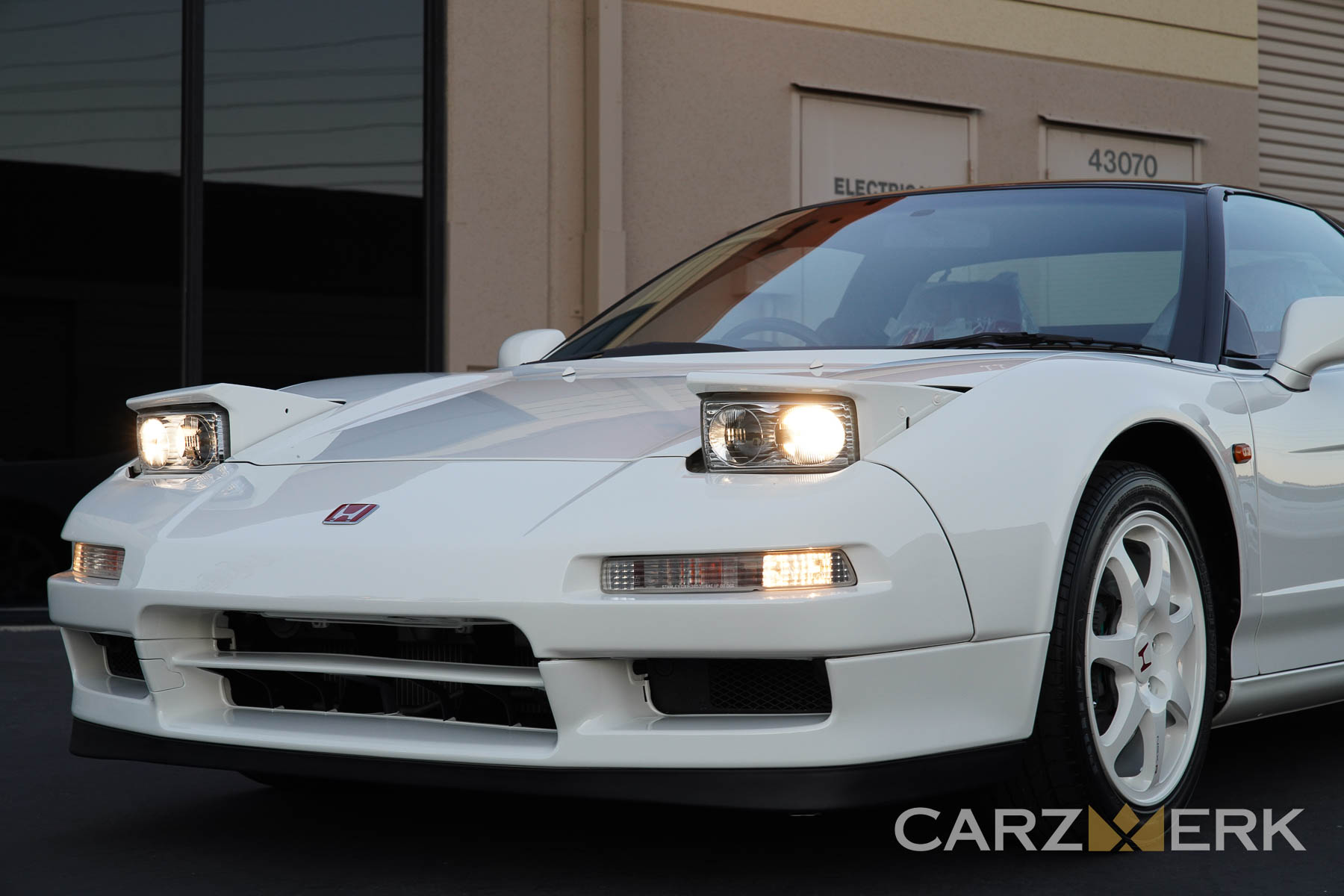 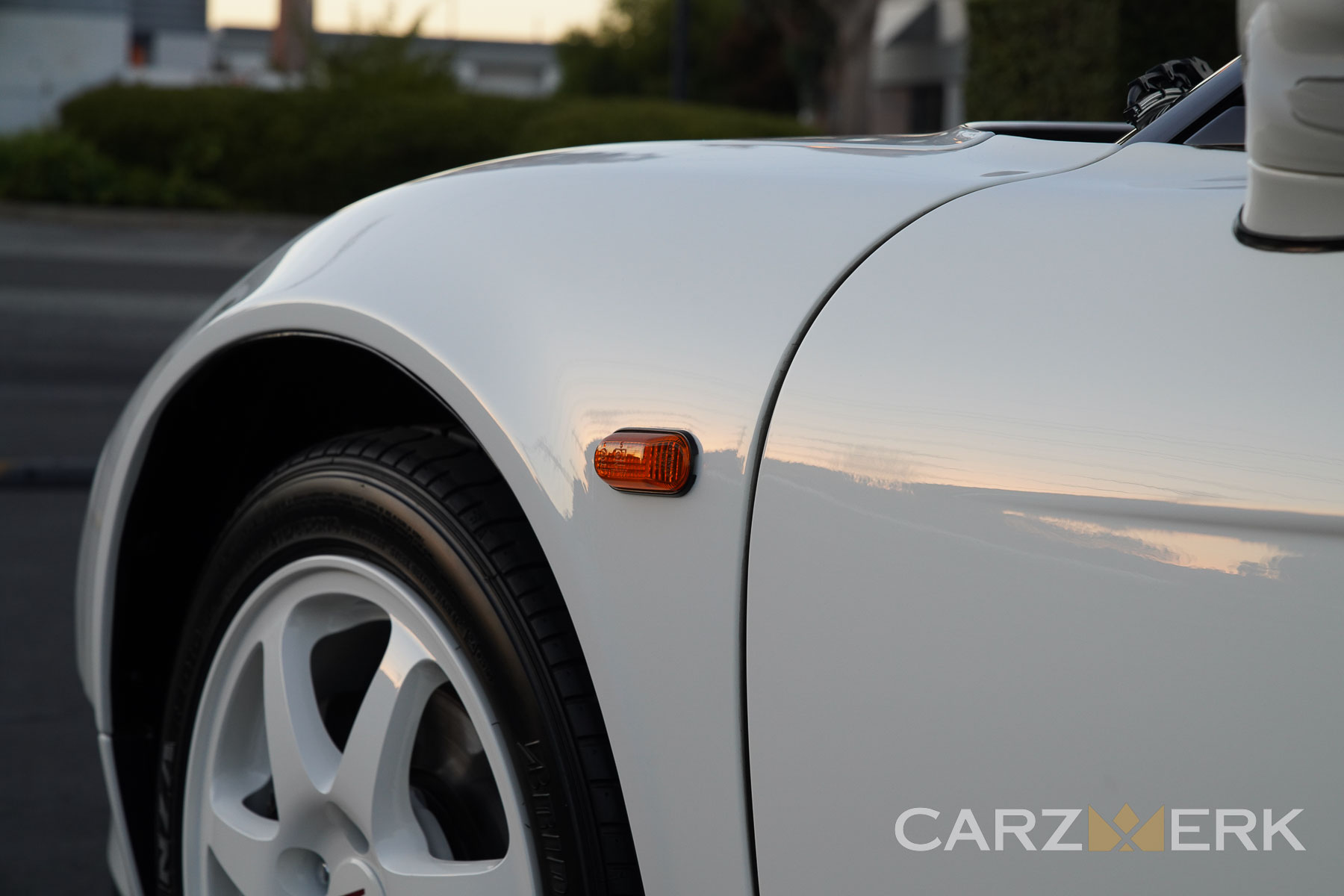 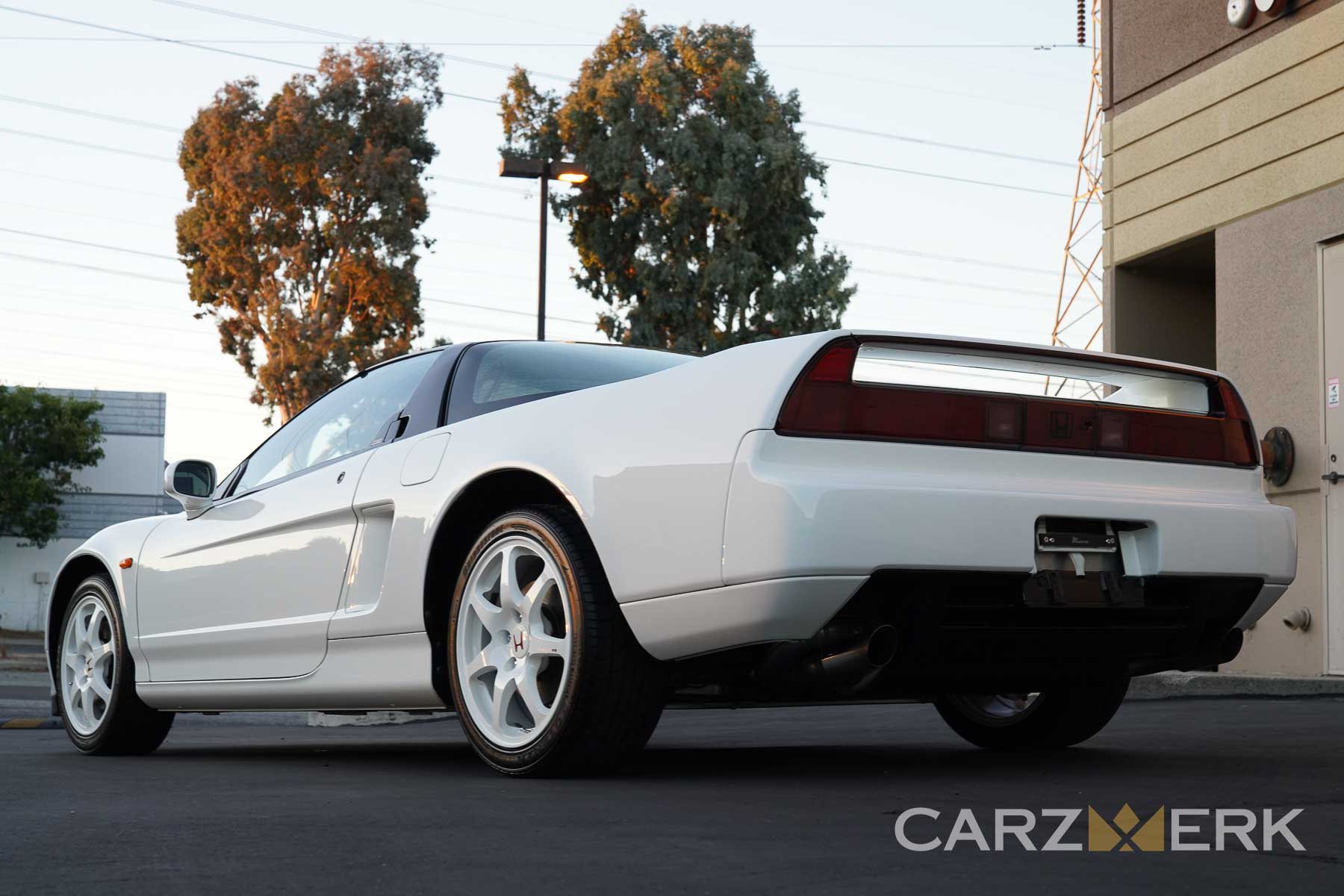 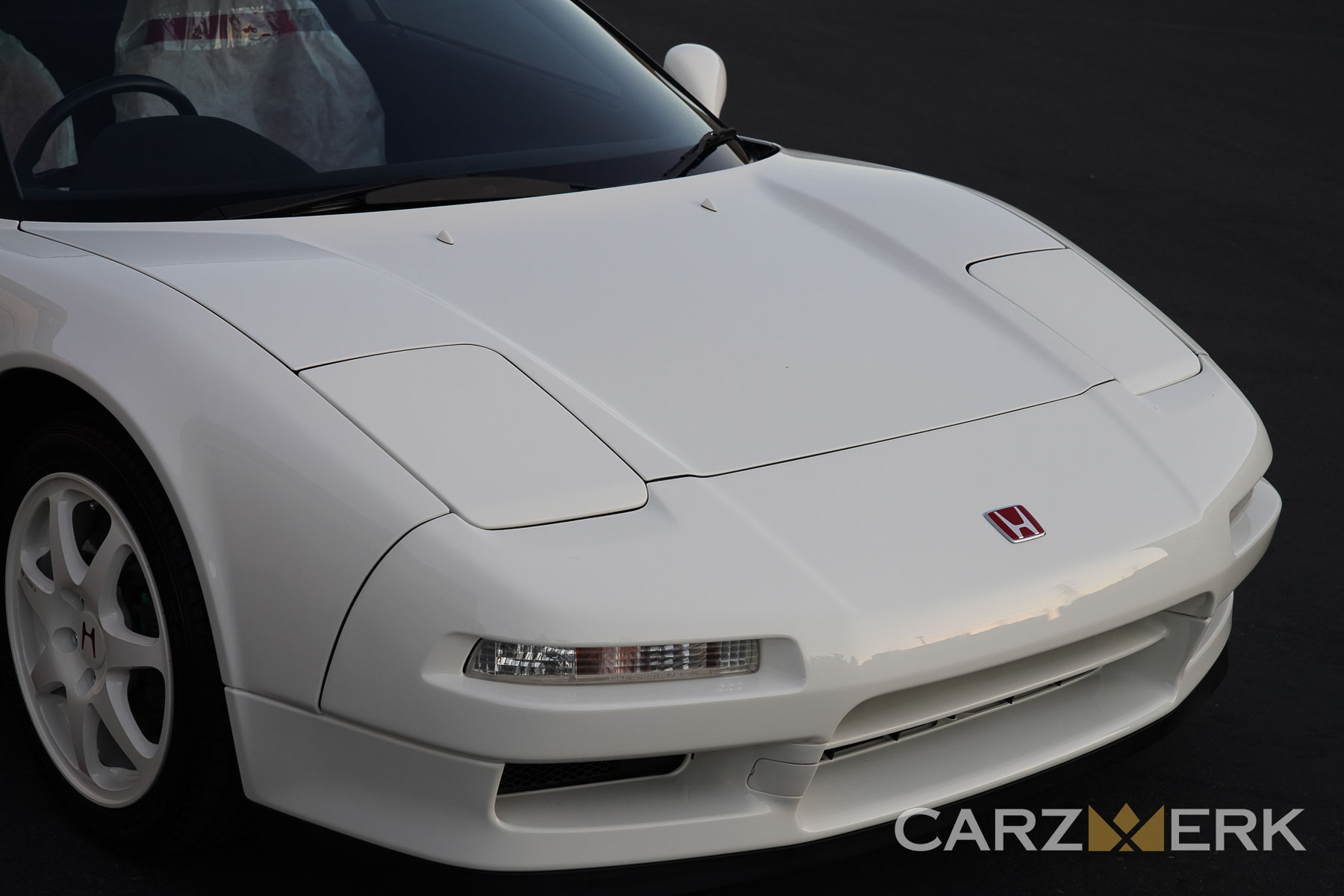 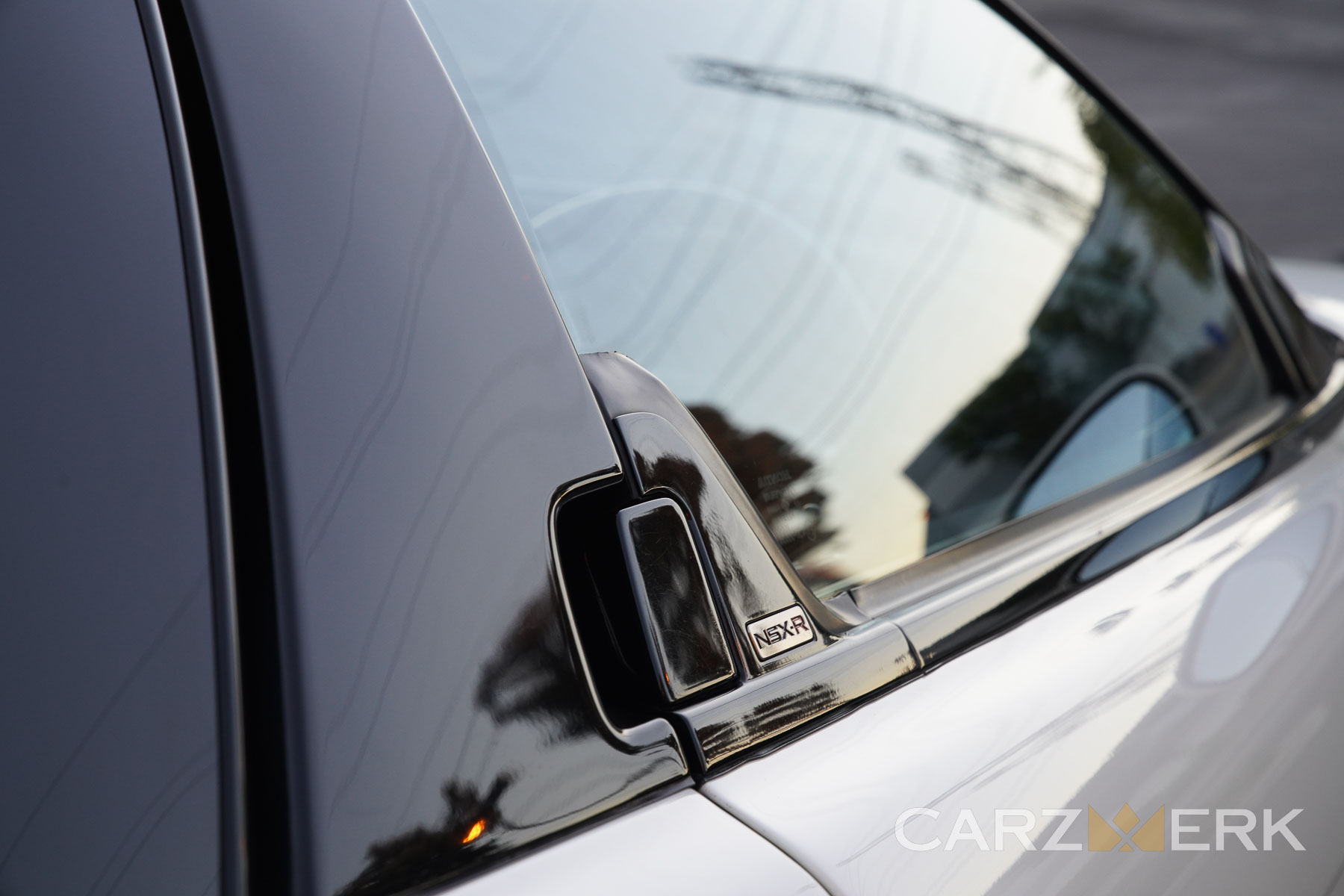 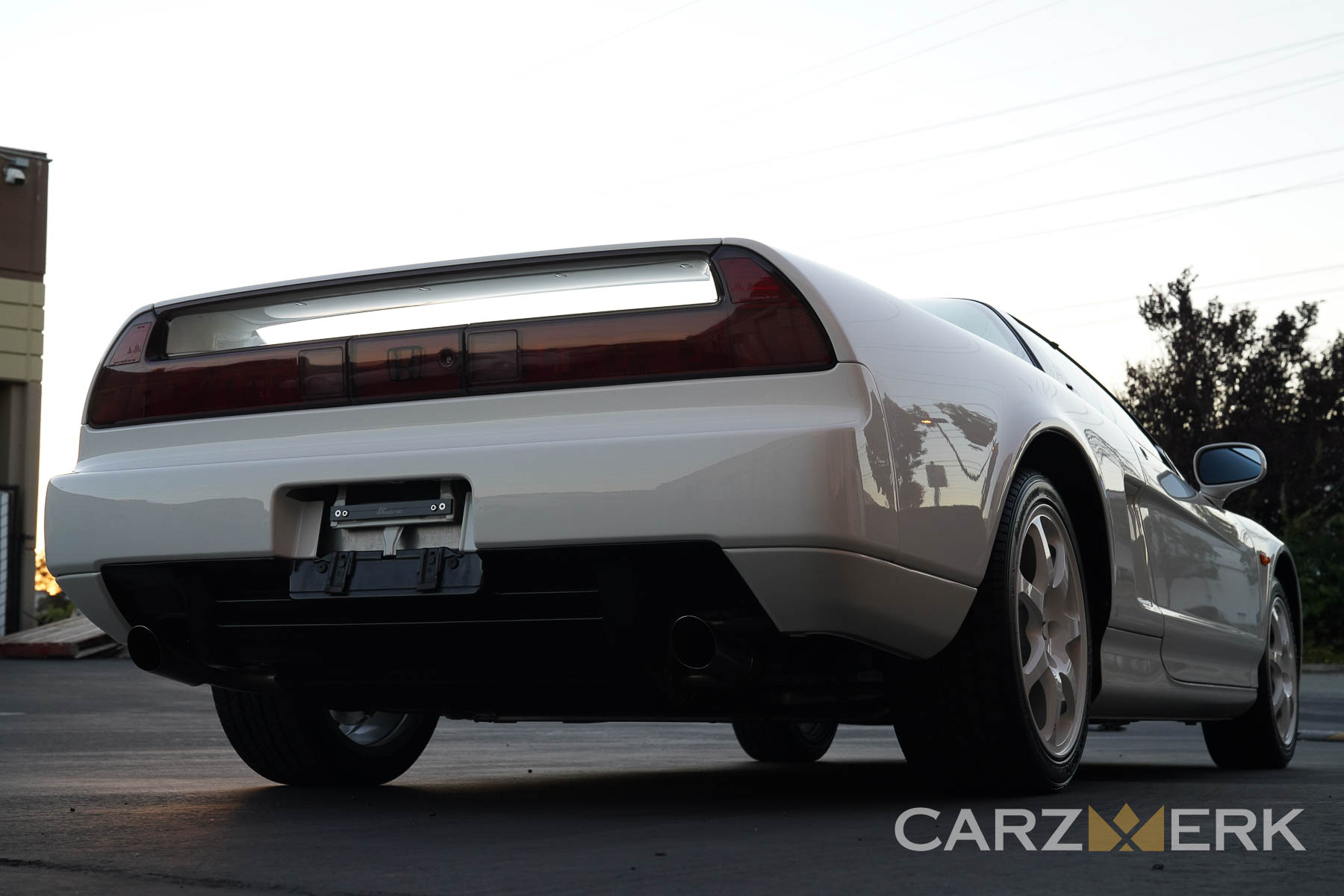 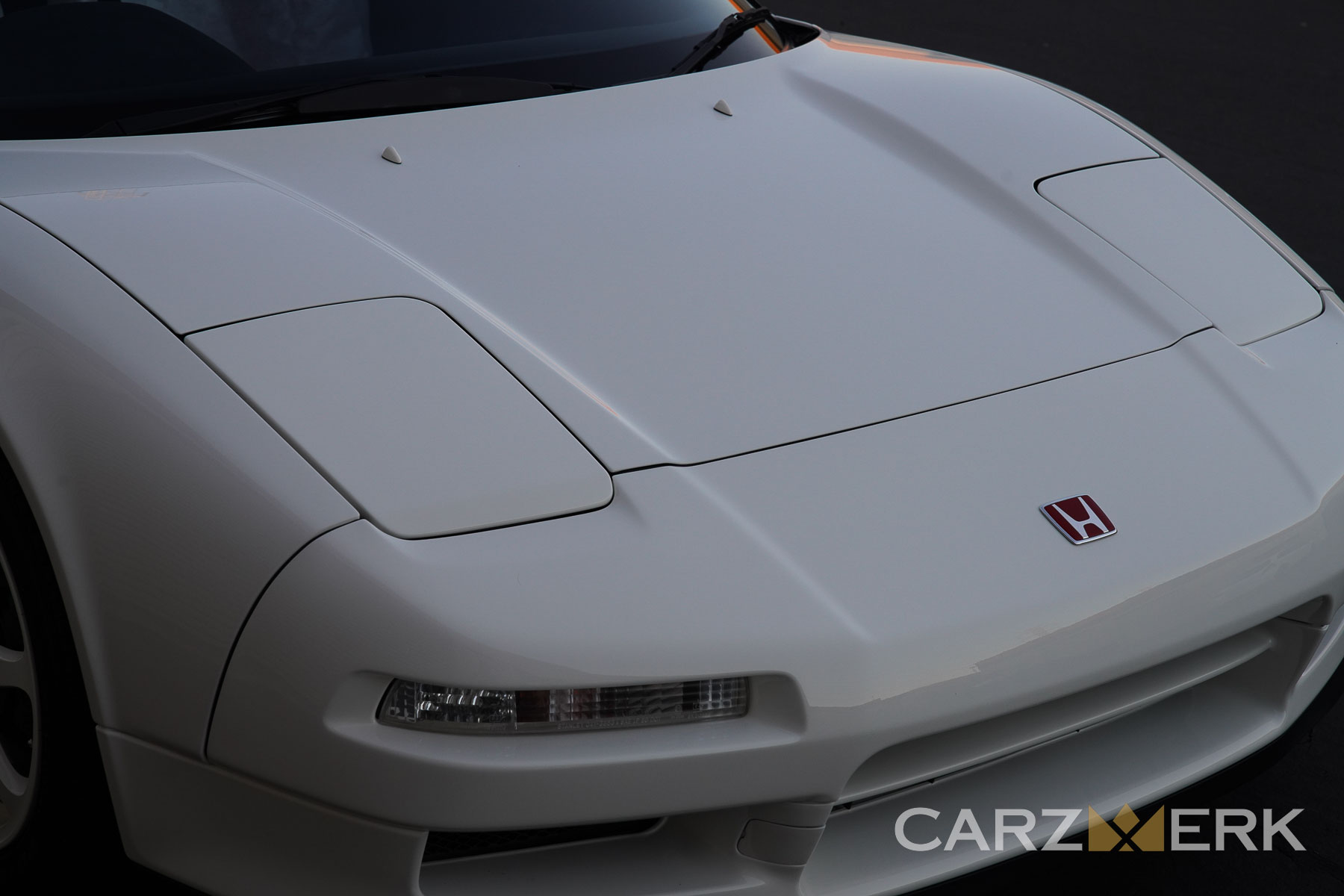 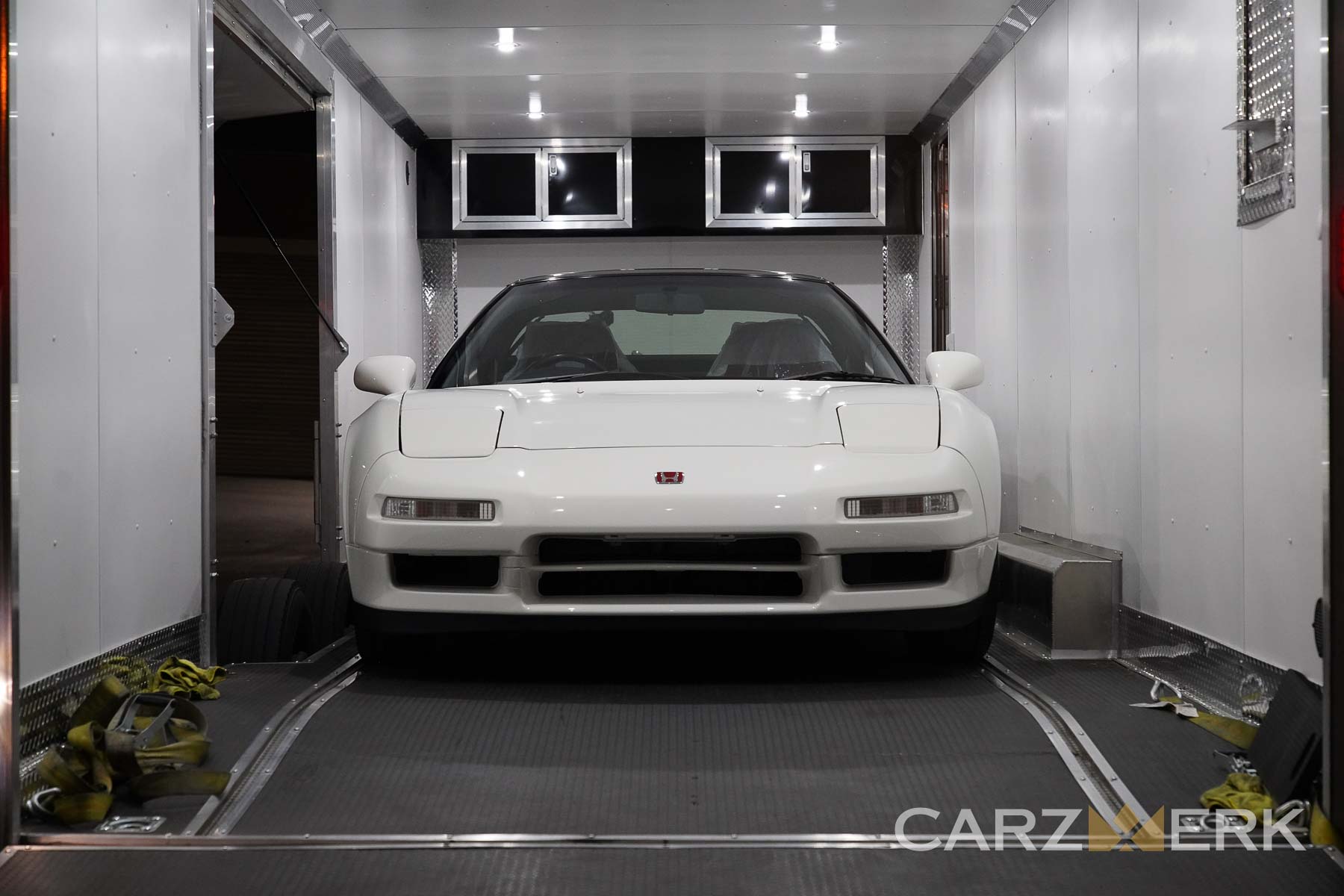