We talked about badges in our previous installment and we’re bringing to life another historical badge. This time from the land of the free. No, we’re not talking about Ford’s ST, but the legendary Shelby.

Carroll Shelby had history with American brands and while everyone associates him with Ford, he has also done business with Chevrolet and Dodge and cars like the Viper came out of his hands. The history with Ford has had its ups and downs and while Shelby’s legacy is tied to them, Shelby and Ford Motor Company had their differences. The first Shelby American shop was set in Venice, California, but Ford had other plans with the 1968 version of the Mustang GT500. The relationship between Ford and Shelby went sour and they only partnered again in the new millennium to bring back a retro version of the iconic GT500. Ford was the first one out of the Big 3 to bring back an American classic in a car scene dominated by JDMs and Euro cars.

In 2005, Ford introduced the modern version of the legendary 1965 GT500, making it an immediate success and the competition had to respond. Shelby himself didn’t have a saying into Ford’s design. He did, however, have a huge impact on the GT500 after the fact. While Carroll didn’t consult directly on the Super Snake, the car was architected with his legacy in mind. He passed away in 2012 after a lifetime of accomplishments both on and off the track.

The same as “one does not simply walk into Mordor”, y’all think it’s easy to just walk into a Ford dealership and get a Super Snake? Super Snakes are rare and the process of getting one will almost make you feel like you’re worth driving a unique piece of Shelby legacy.

So what makes a Super Snake a Super Snake? Remember the old Shelby American shop in Venice, California? Long gone are the days when cars would be rolling out of the shop that was mere miles from the ocean – the new Shelby American has been relocated to Las Vegas, Nevada and quite a few cars have rolled out of the new facility. All greats need a canvas to create their masterpieces. In the same fashion, Shelby American, or Carroll Shelby International as it is known after Carroll took the company public in 2013, used the GT500 as their canvas for the Super Snake until 2014. Continuing the theme of the Super Snake, Shelby American uses a fully configured Ford Mustang platform.

Unlike the 2013 and 2014 Super Snakes that are based on the S197 body style, this particular Super Snake is based on a S550 platform and it gets a lot of Shelby exclusive parts: a new Whipple super charger on top of a Coyote 5.0L performance oriented engine to bring even more torque and elevate the horsepower count by a hefty margin. But with an 1000HP capable engine, the car needs to be stiff to handle the amount of torque. Thus, Shelby Performance half shafts are mounted on the Penske Suspension, giving this Super Snake a very crisp handling. A new hood had to be architected to be able to accommodate the monster quietly sitting in the engine bay. A new front grill, splitter and lip were installed to make the Snake’s engine and brakes cool. With that much power, y’all think it’s easy to stop the beast – new Shelby by Brembo brakes with slotted rotors were installed. And of course, the Snake gets some more stability from a pair of 305 20” forged aluminum wheels on the back, complemented by a pair of 275s on the front. The body gets some special treatment as well with new side skirts rocker panels and a whole new rear package: a beautiful Shelby tail panel and a custom made diffuser. A custom modified Borla ATAK exhaust worthy of its namesake was a challenging aftermarket installation, but a no brainer choice to bring the harmonics to a whole new level. A regular Super Snake comes with about 800HP, but one can always push it more towards the extreme hyper car-like horse power and get a custom tune, performed by the people that build the beast.

The interior is also getting a different treatment. Since you need to monitor the pressure of the new monster, a custom gauge display, wrapped in dry carbon fiber, is added. Given Carrol’s legacy of not putting a lot of work in non-functional parts, not a lot of work is done to the interior, but this particular Super Snake got upgraded seat upholstery, different door sills and carbon fiber mirror caps. But Shelby American’s interior work was not complete, so carbon fiber matching the custom gauge cluster was installed all around the car. A custom steering wheel with dry carbon and Alcantara completes the look of the interior and would make the guys at Shelby American jealous.

But what makes a Super Snake unique given the variety of the aftermarket industry? Shelby American takes pride in their work and the CSM plaque proves the fact that this car is truly unique and originally built by Shelby American.

It goes without saying that when we were presented with the challenge to work on a Super Snake, we didn’t blink and took the job. We got the car in the shop and the fun started. We did quite a few runs around the car documenting the beginning of this love story. The inspection took quite a while, since the gorgeous Kona Blue paint, as well as the metallic platinum white painted stripes had extensive micro scratches that needed to disappear. As much as it hurt, we removed the Super Snake and Shelby Cobra badges, to be able to polish and bring the heart of the paint to the surface. The before and after pictures are our witness in this short-lived marriage with this car.

And onto the Paint Protection Film step. The car got a full wrap, and as always, we did our very best to wrap as many panels with single film pieces. The hood with its double scoop was relatively challenging. The front bumper presented itself with its share of challenges. The funny thing is that we had to redo it a couple of months down the road when a new bumper was installed by Shelby American. The carbon fiber mirror covers got wrapped, as well as the fuel cap. The rear got PPF treatment as well, but unfortunately the Shelby tail panel wasn’t something we could do.

We got a huge amount of support from Shelby American – they gave us tips to maximize the PPF application and we received new emblems and a new hood vent to complete this one-of-a-kind Super Snake monster.

In our humble opinion, Carroll Shelby deserves more than an appearance in Ford v Ferrari and a biographic film would be a great way to celebrate his accomplishments and the contribution he had over the American car scene. Matt Damon did an amazing job giving life to the eccentric East Texan and should definitely be considered to take on the role, telling the story not just from Ford’s perspective, but also from the cooperation with Chevrolet and Dodge.

The wait time for this particular Super Snake was 9 months, but it then went on to win several car show competitions. We’re proud that we elevated our level yet again to get the best out of the car. We always have a blast when we get the car back in the shop or when we see the car in a competition and it’s definitely the pedestal car whenever it appears. Time will tell if 40 years from now, this Super Snake will be as iconic as its 1965 version, but we’re sure that it will age in a very Shelby manner. 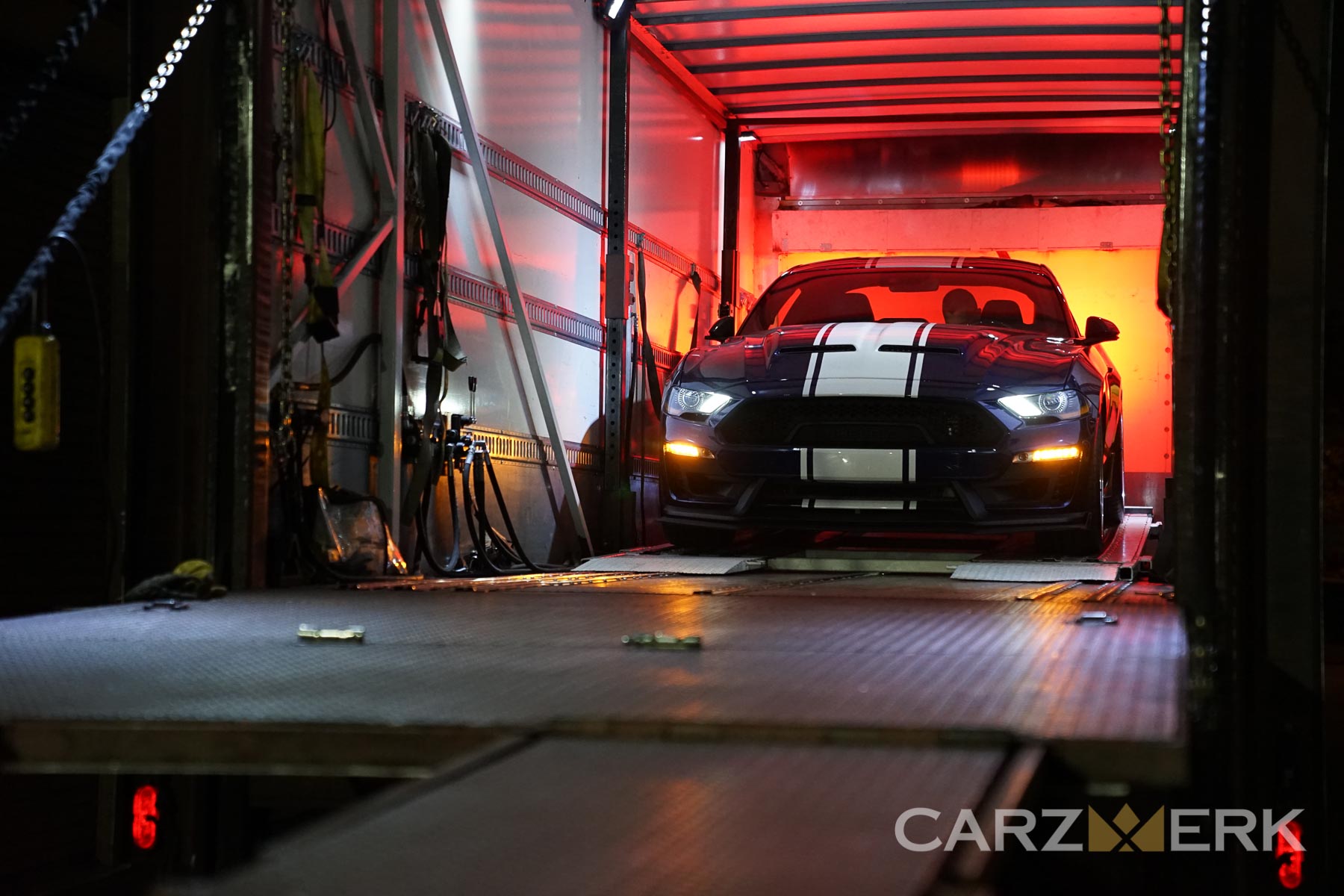 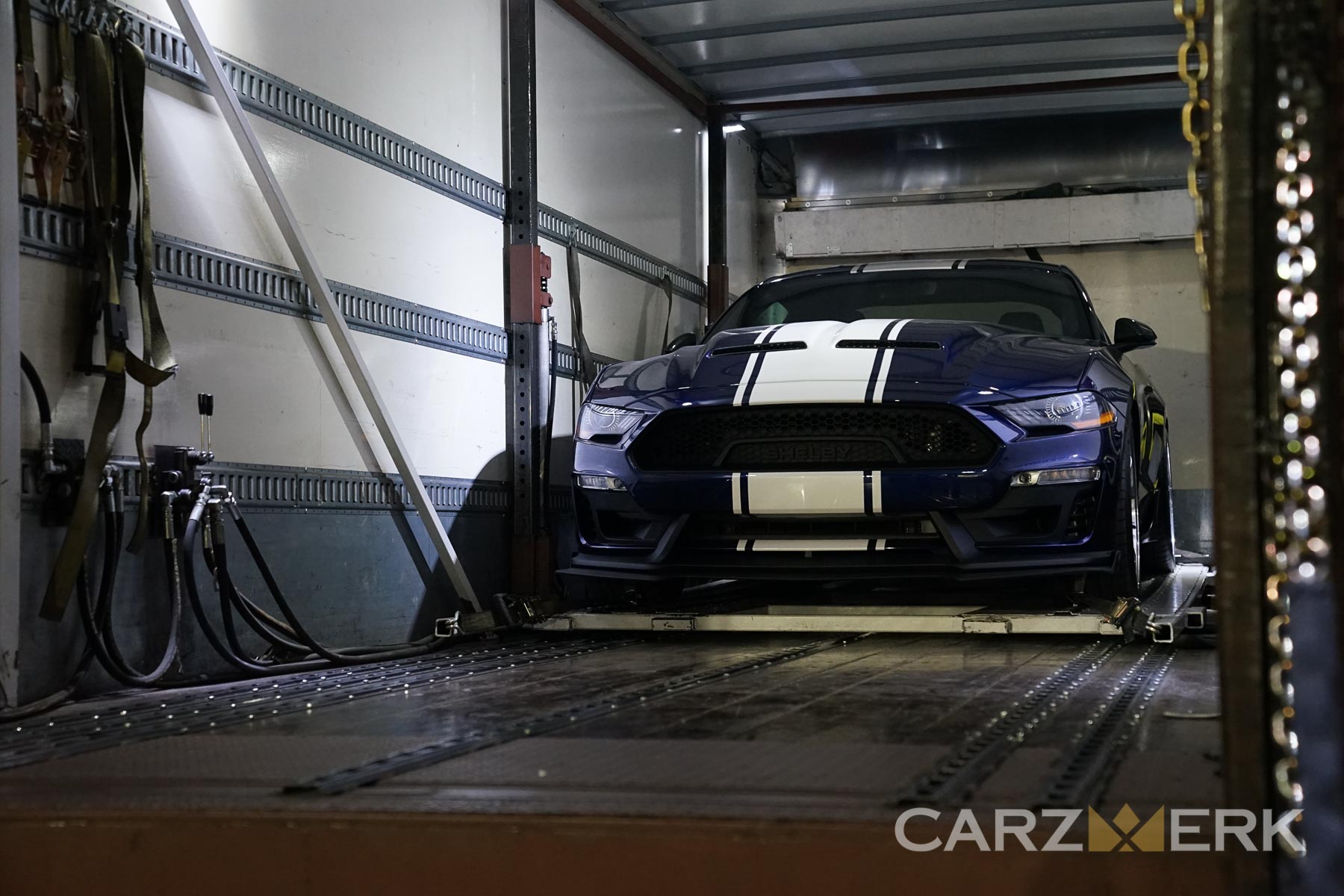 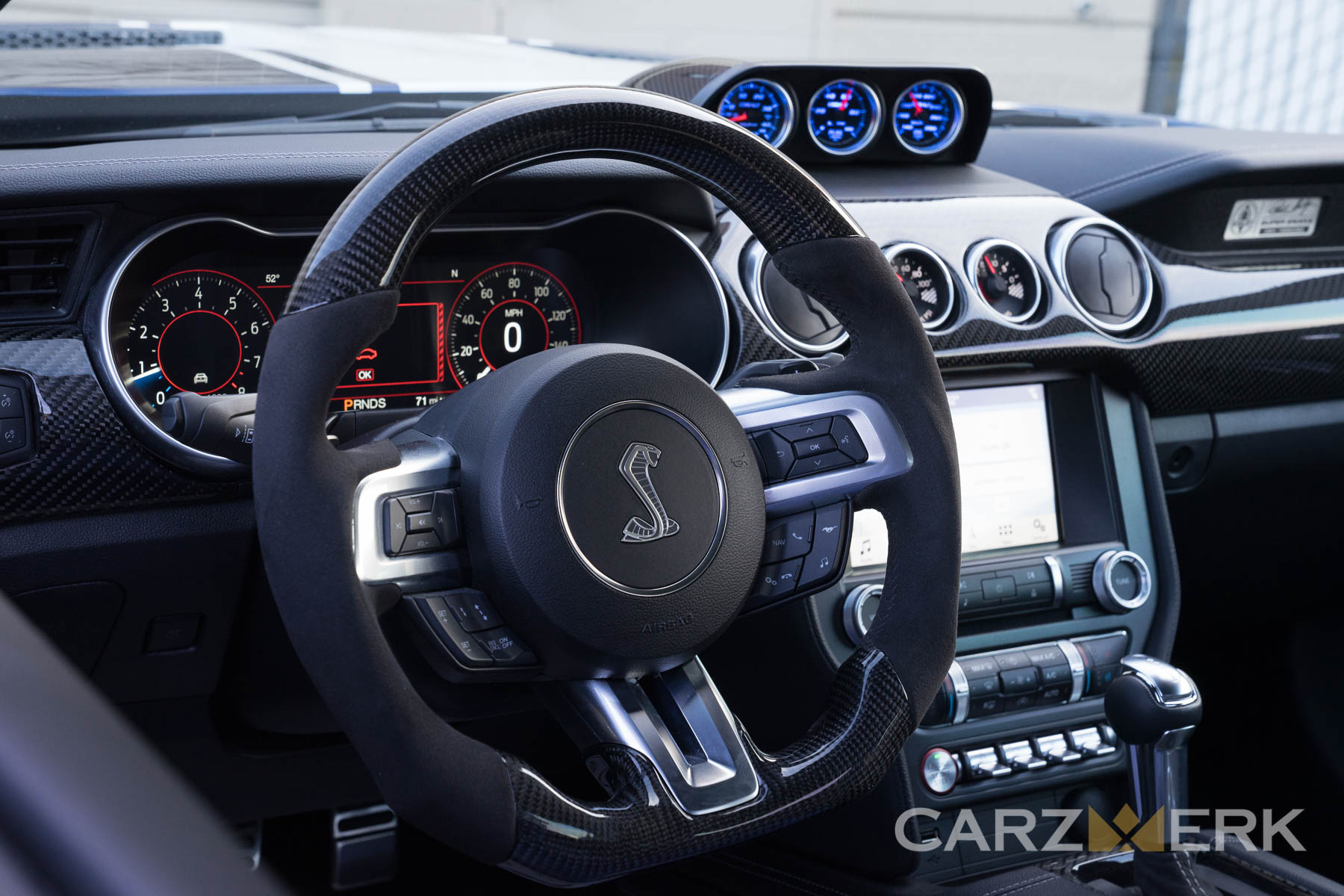 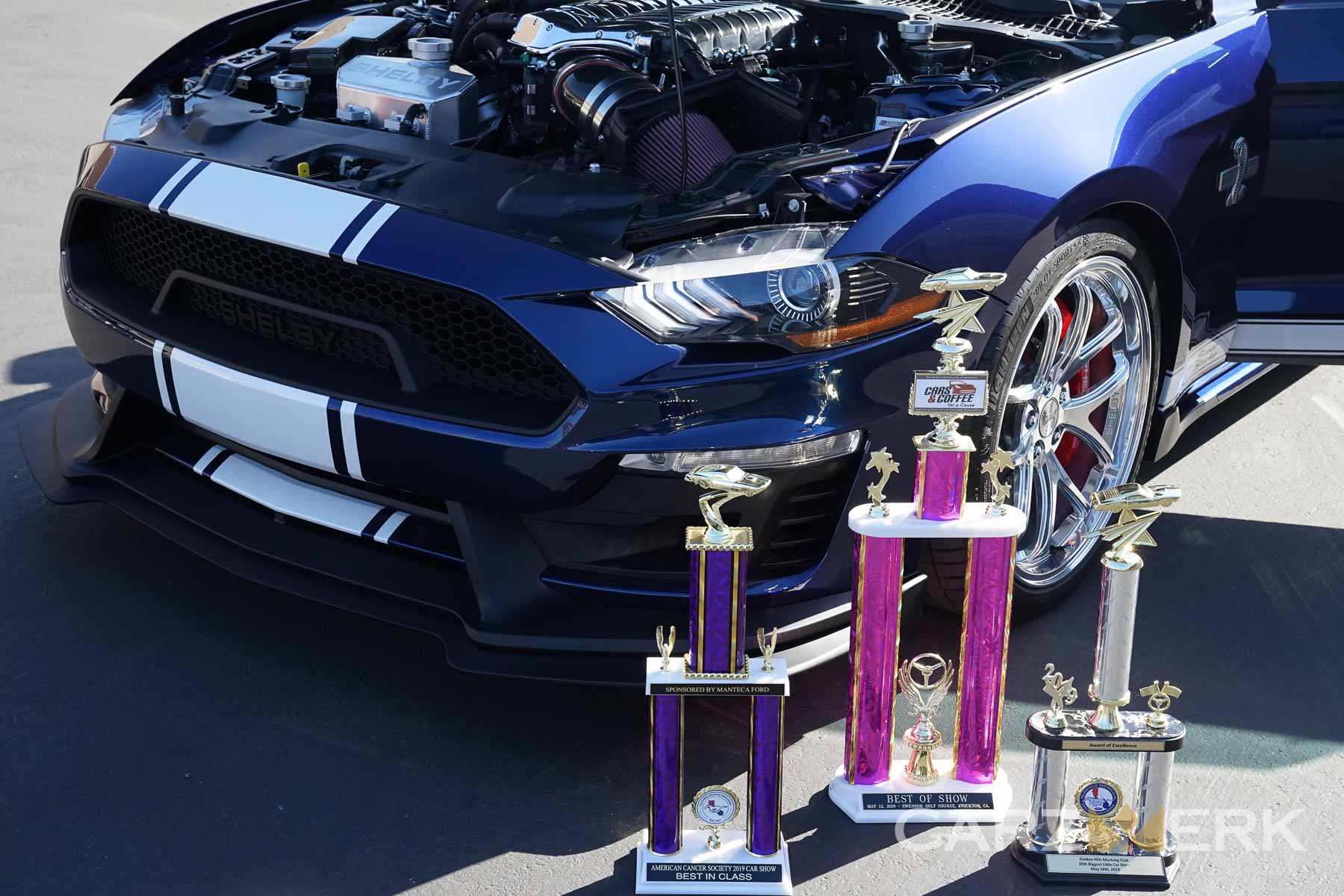 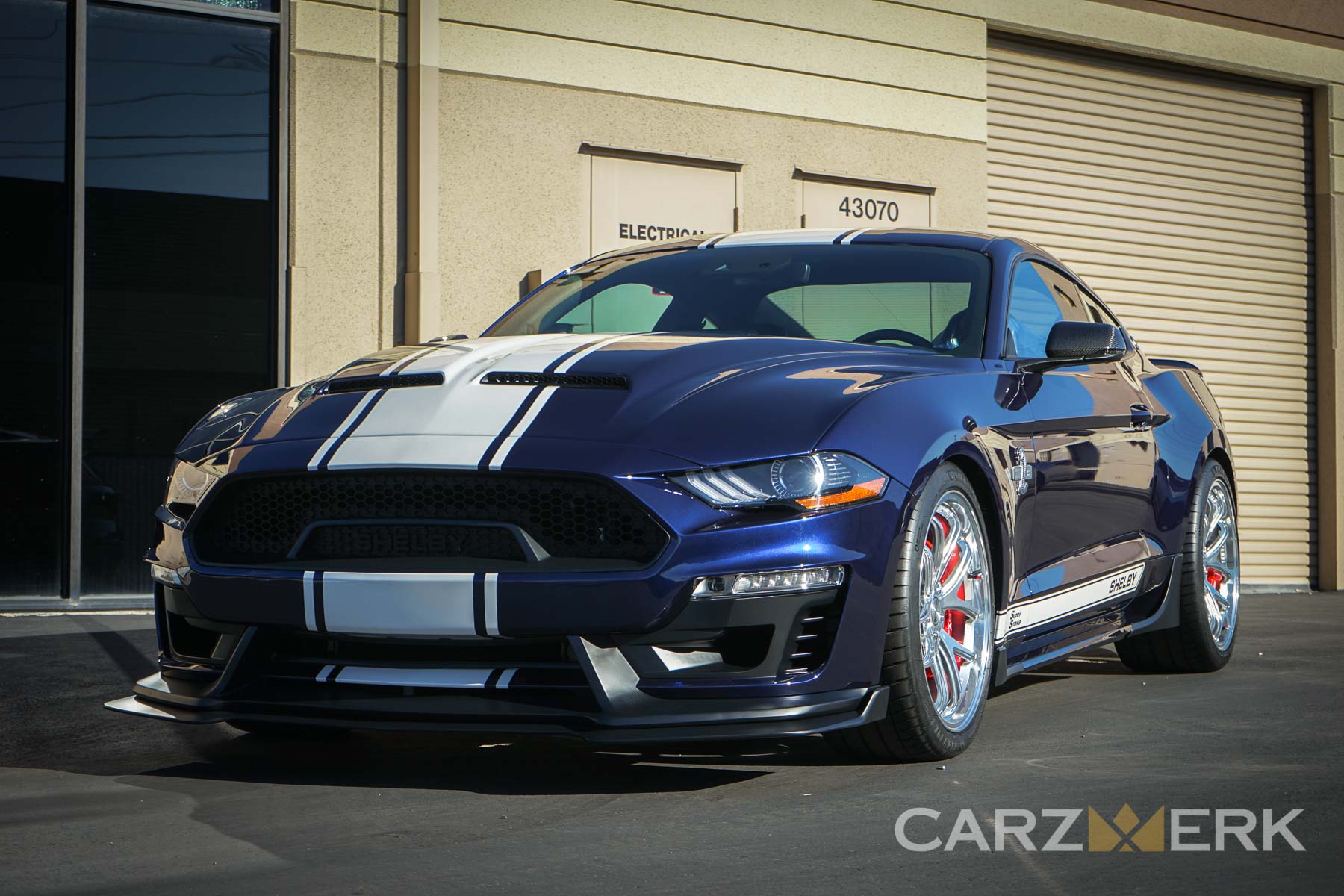 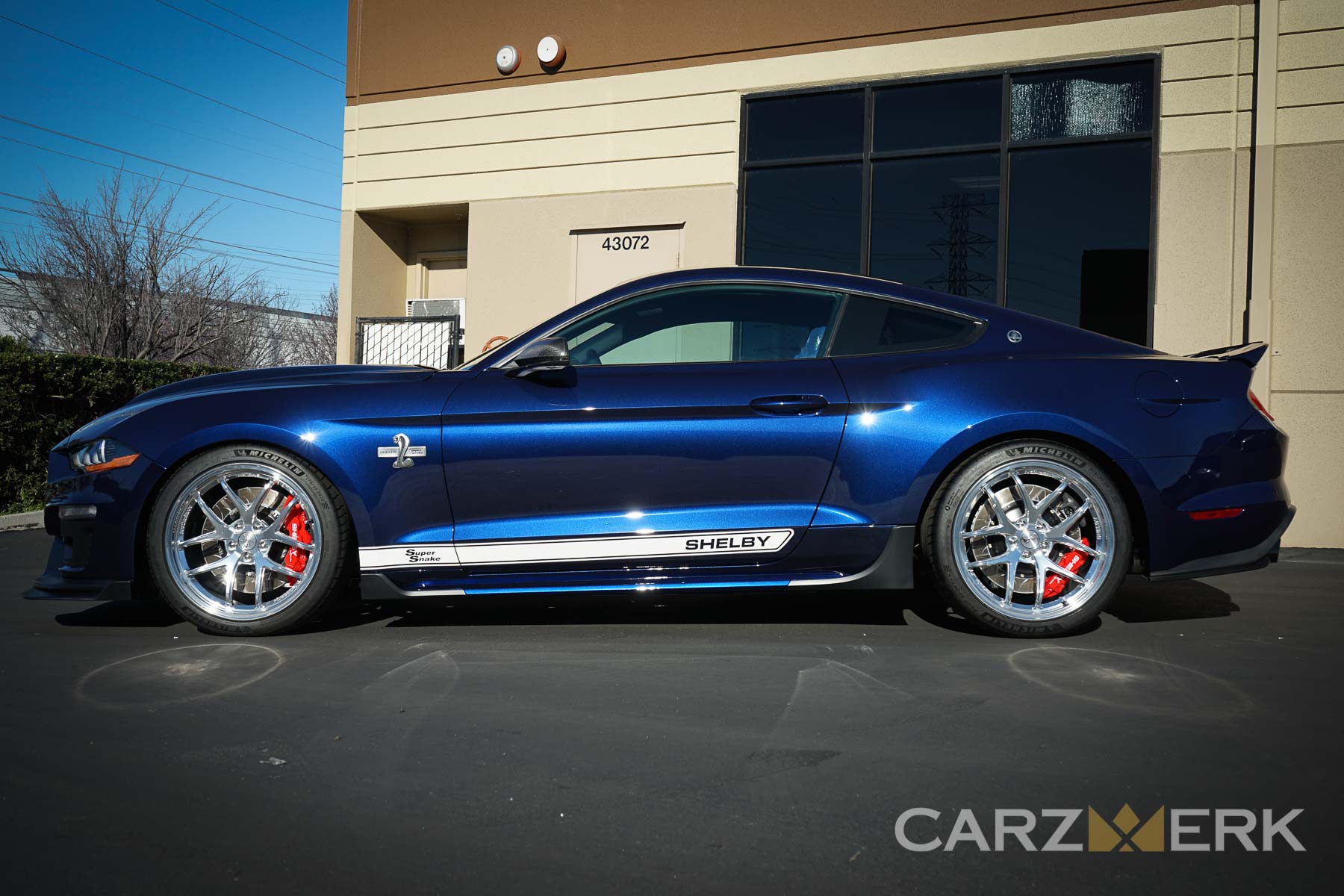 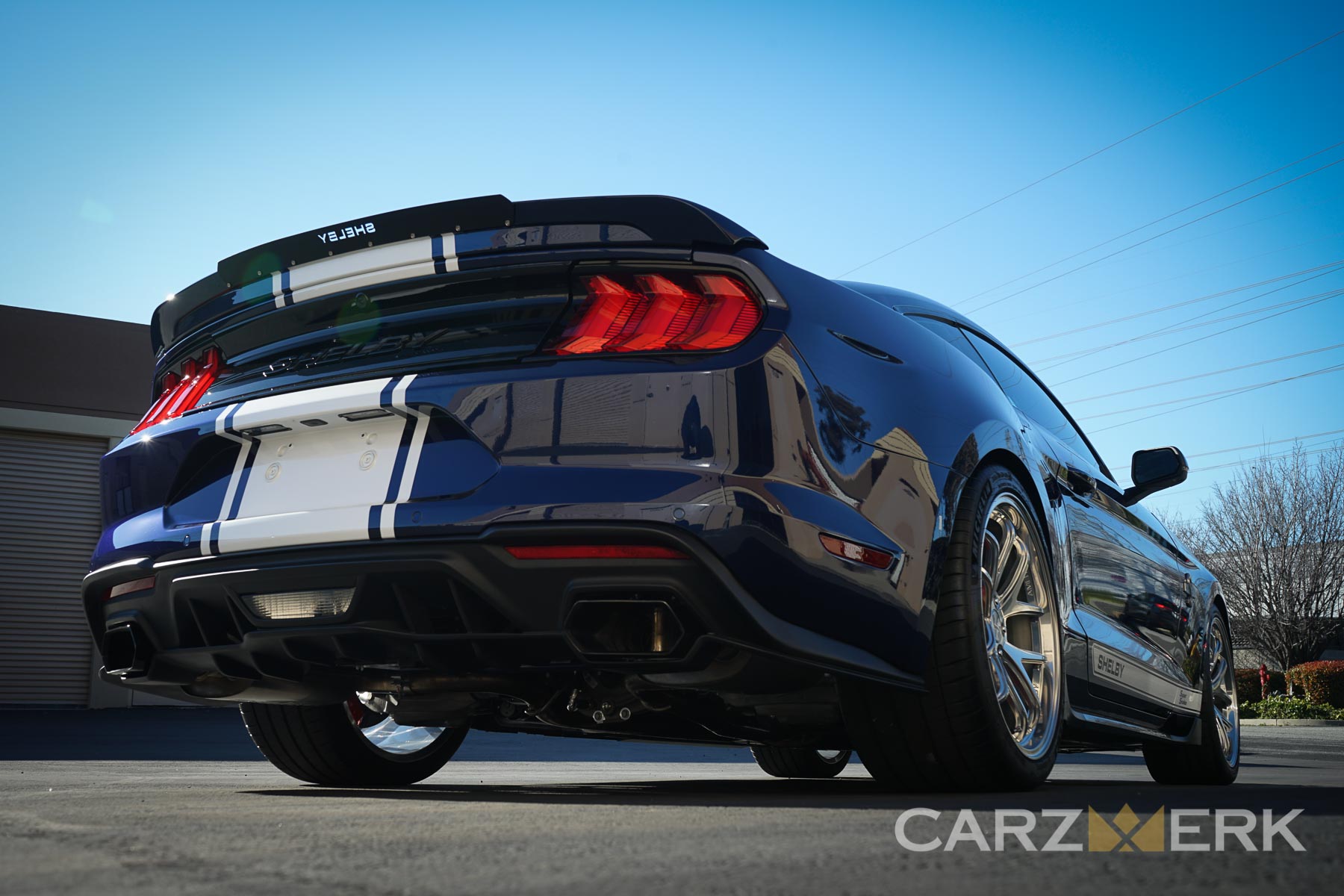 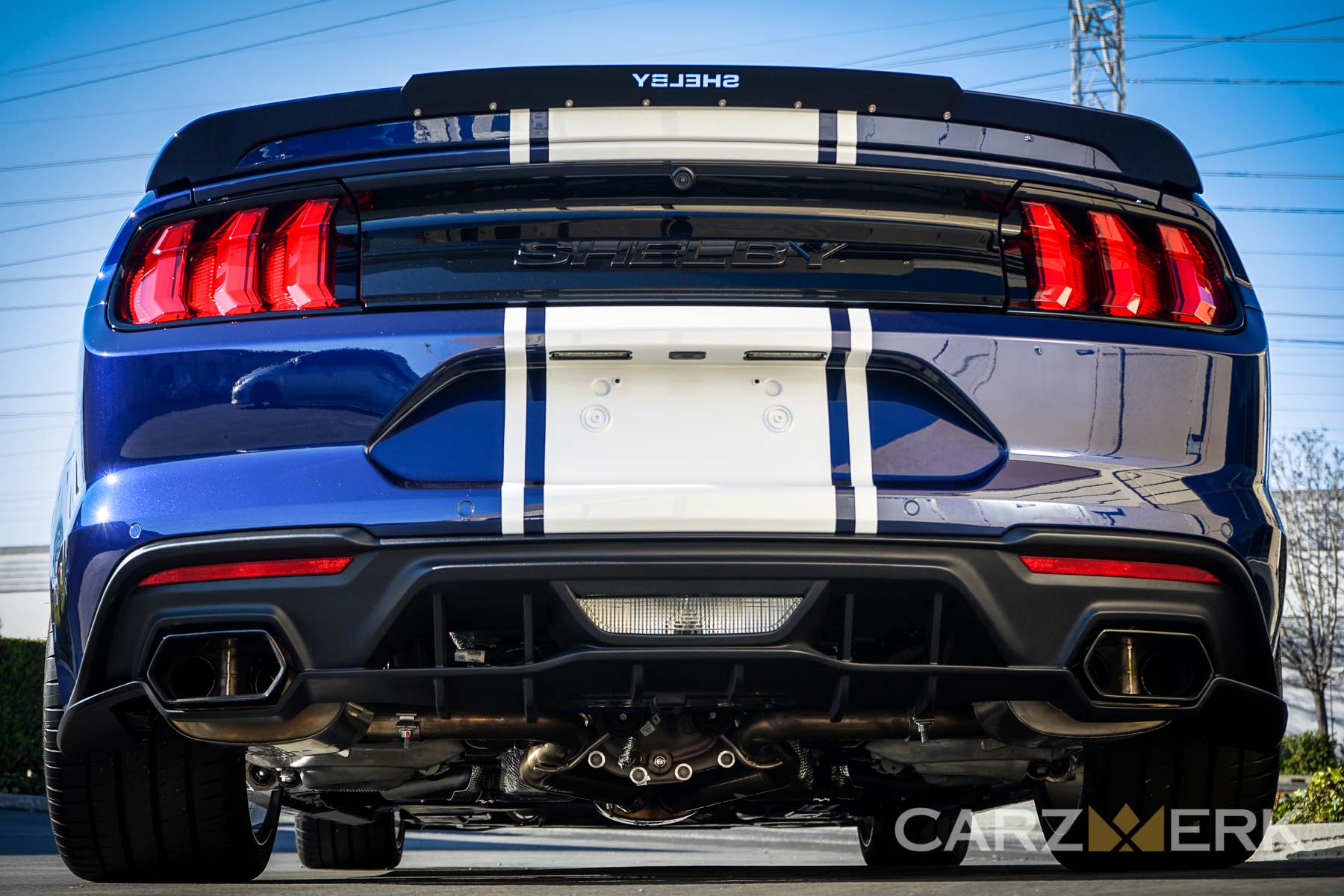 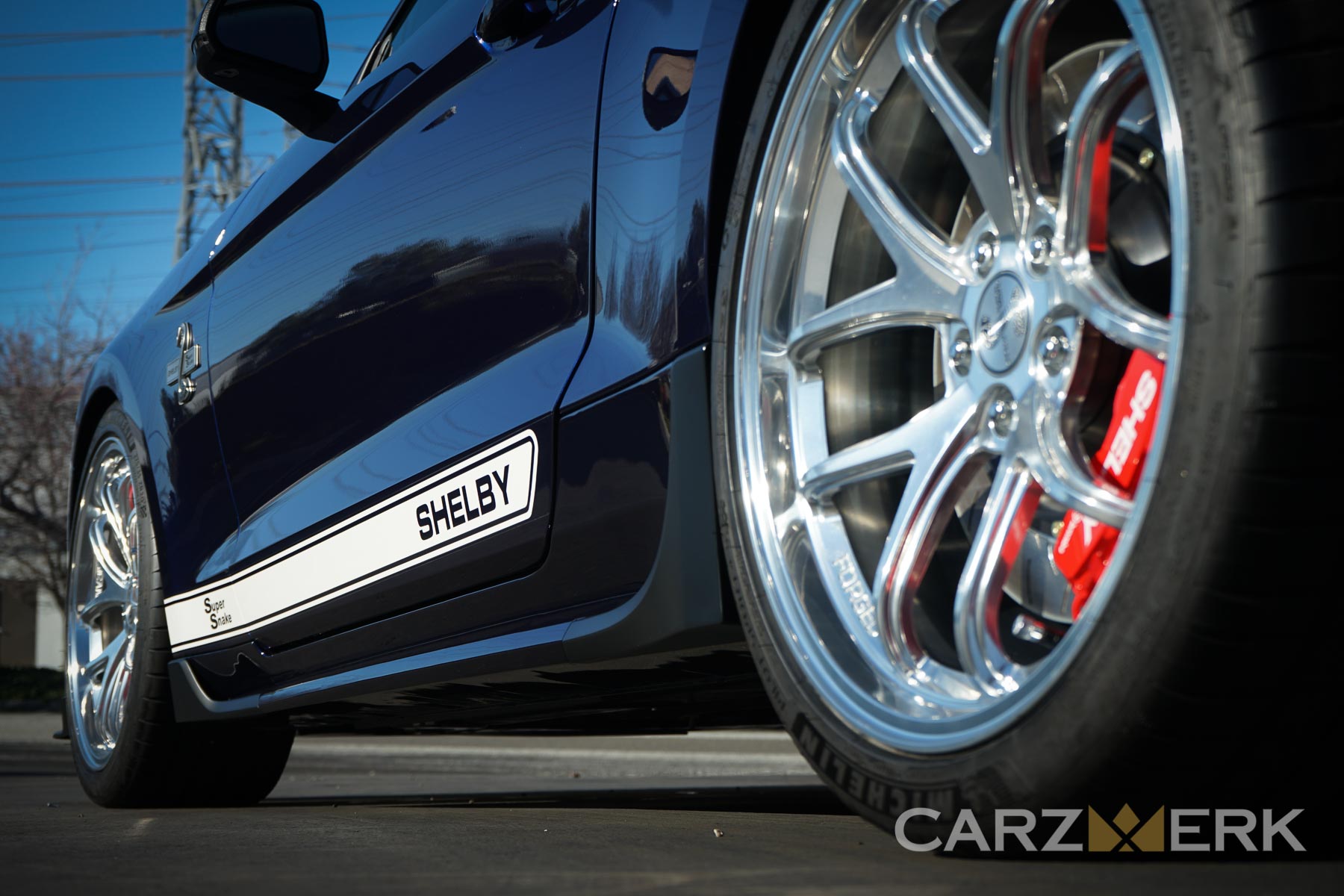 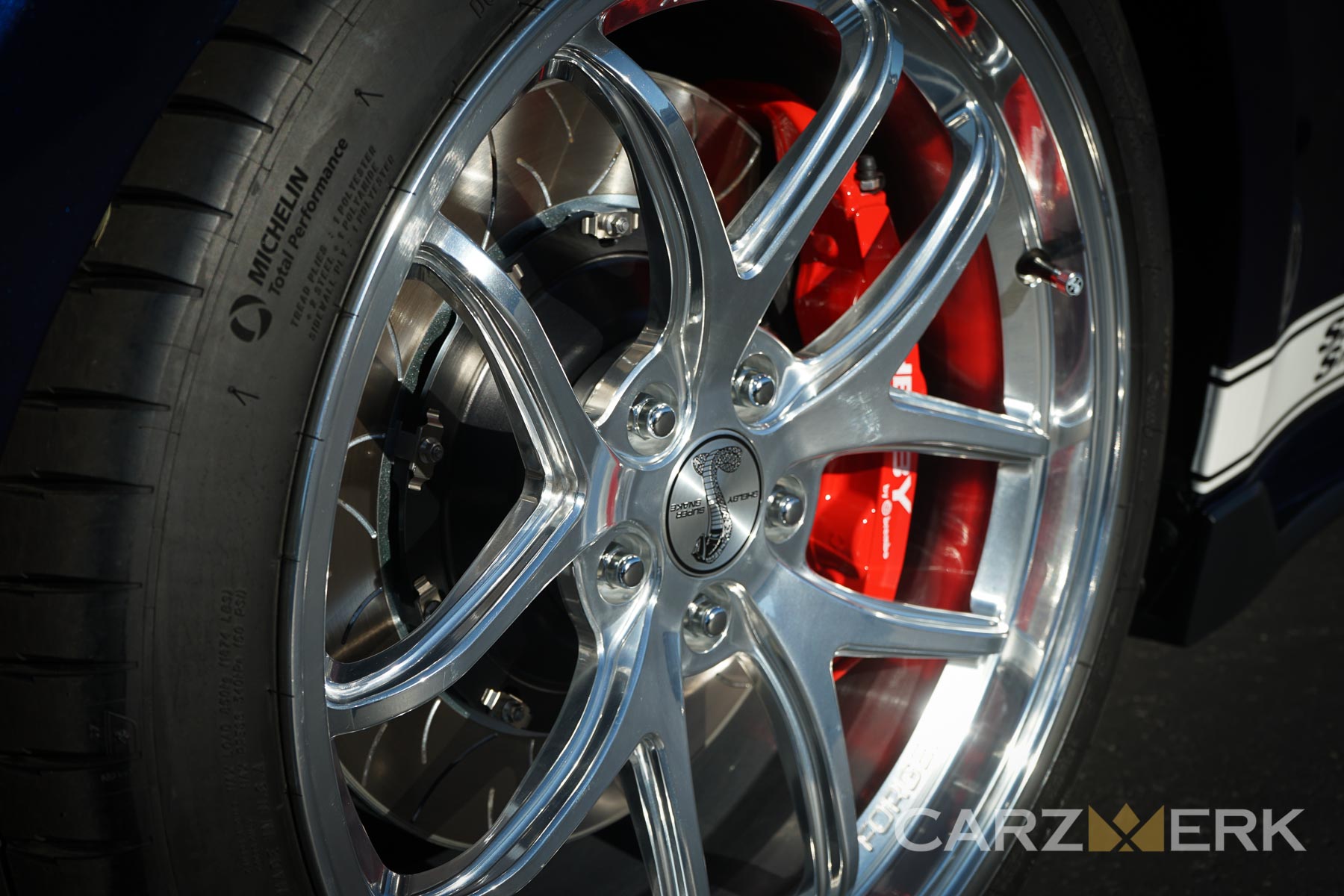 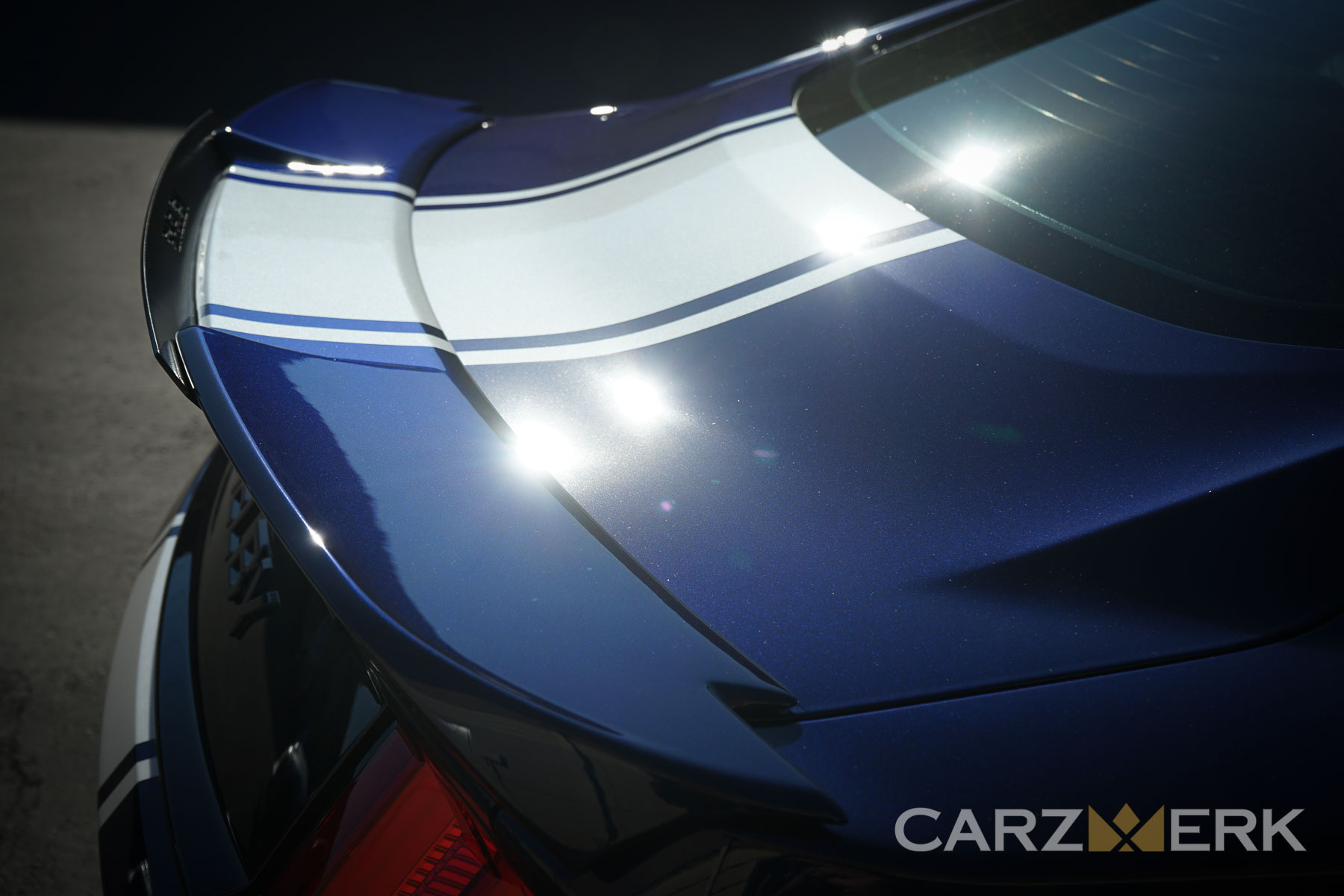 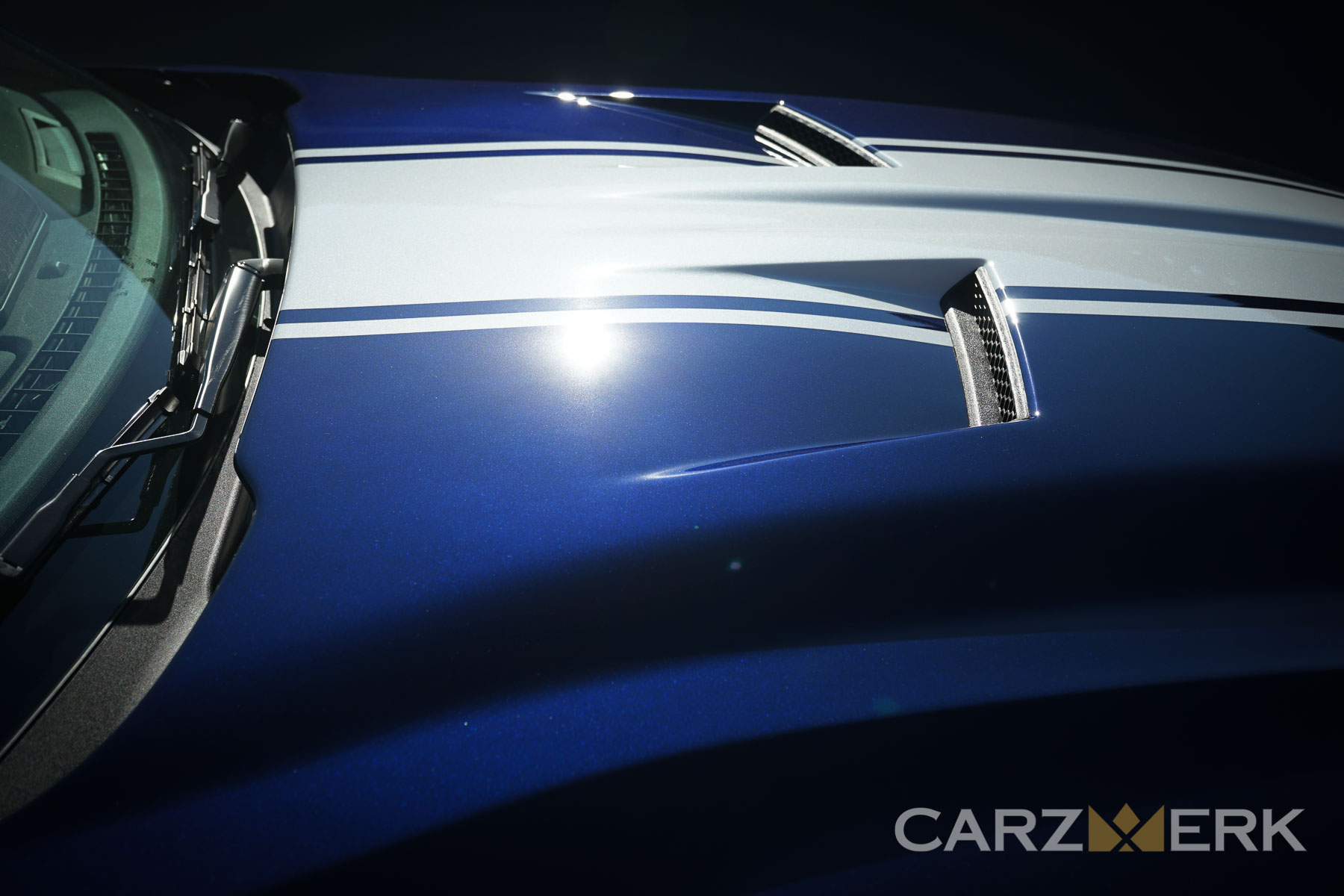